(Nostimo Greek Deli had since been closed till further notice.)

Yet another Greek deli seems to have found its way to Singapore; this time being Nostimo Greek Deli which recently opened its doors at Suntec City. 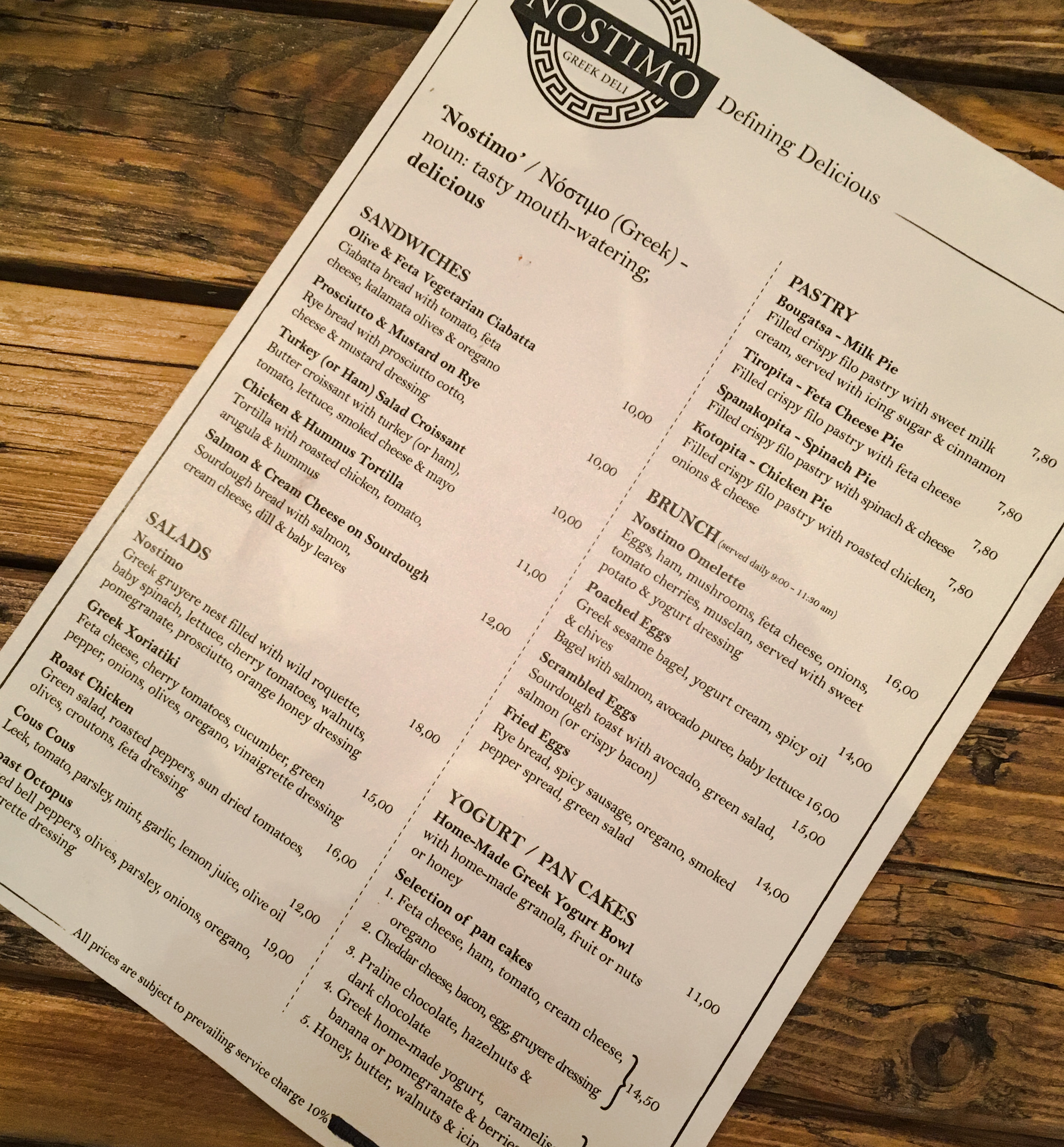 Taking over the former spot of now-defunct ERGON Singapore, Nostimo is a new Greek deli that serves up salads, mains, brunch, sandwiches and pastries/desserts. While we were a little saddened by the loss of ERGON Singapore (which serves up pretty good brunch around the area), the menu at Nostimo is actually more extensive as an all-day concept. The interior very much retains the same cues as what ERGON Singapore had left behind, featuring a brick wall at the back while most of the furniture carried wood accents; even the counter retains the look full with planter boxes and chalkboards — the only thing it lacked from ERGON Singapore was the grocer area which is now turned into an extended dine-in space that adds to the original space. 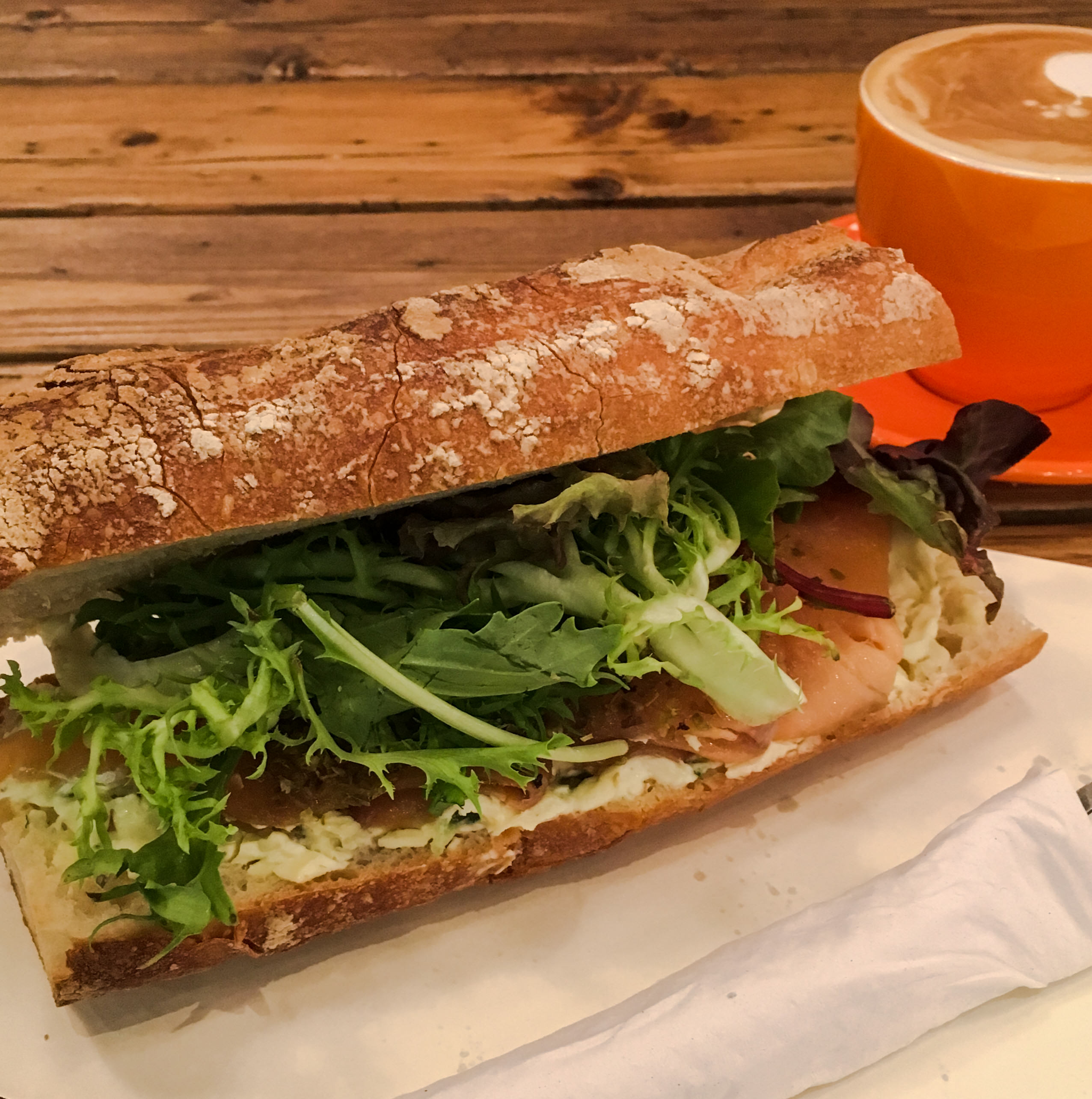 (Salmon and Cream Cheese on Sourdough)

Going for a sandwich since we visited Nostimo for brunch, we went for the Salmon and Cream Cheese on Sourdough; comes with elements such as smoked salmon, cream cheese, dill, and arugula, it is essentially the safe and conventional sandwich option that features familiar elements. The cream cheese does provide some richness to the cured salmon, while the sourdough bread felt a tad tough though crusty. The arugula does seem to be a little bitter for some, though generally, the sandwich felt pretty similar to a typical deli offering in general. 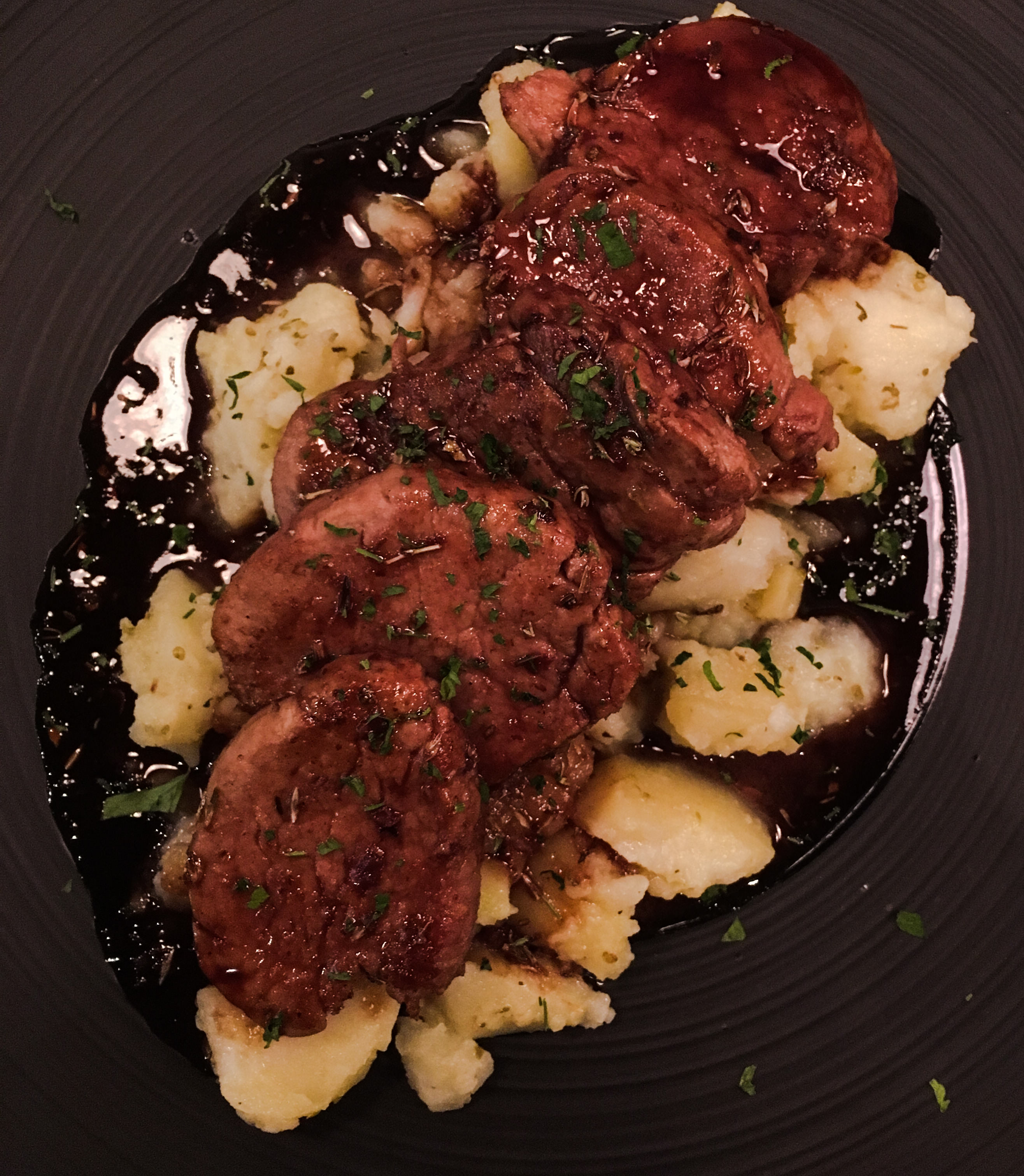 Our choice of main was the Pork Tenderloin; the item comes with other elements such as Honey Red Wine Sauce, Thyme, and Spicy Mashed Potato. Digging in, the pork tenderloin was tender but felt a tad dry; that being said, not much effort was required to chew through the pork. The spicy mashed potato felt like it missed the point; the consistency closer to potato salad being mostly chunky without being smooth nor creamy — it also did not carry the spiciness as promised in the namesake. That being said, the deep sweetness of the red wine sauce does make the dish feel really luxurious; cut through the meatiness perfectly. 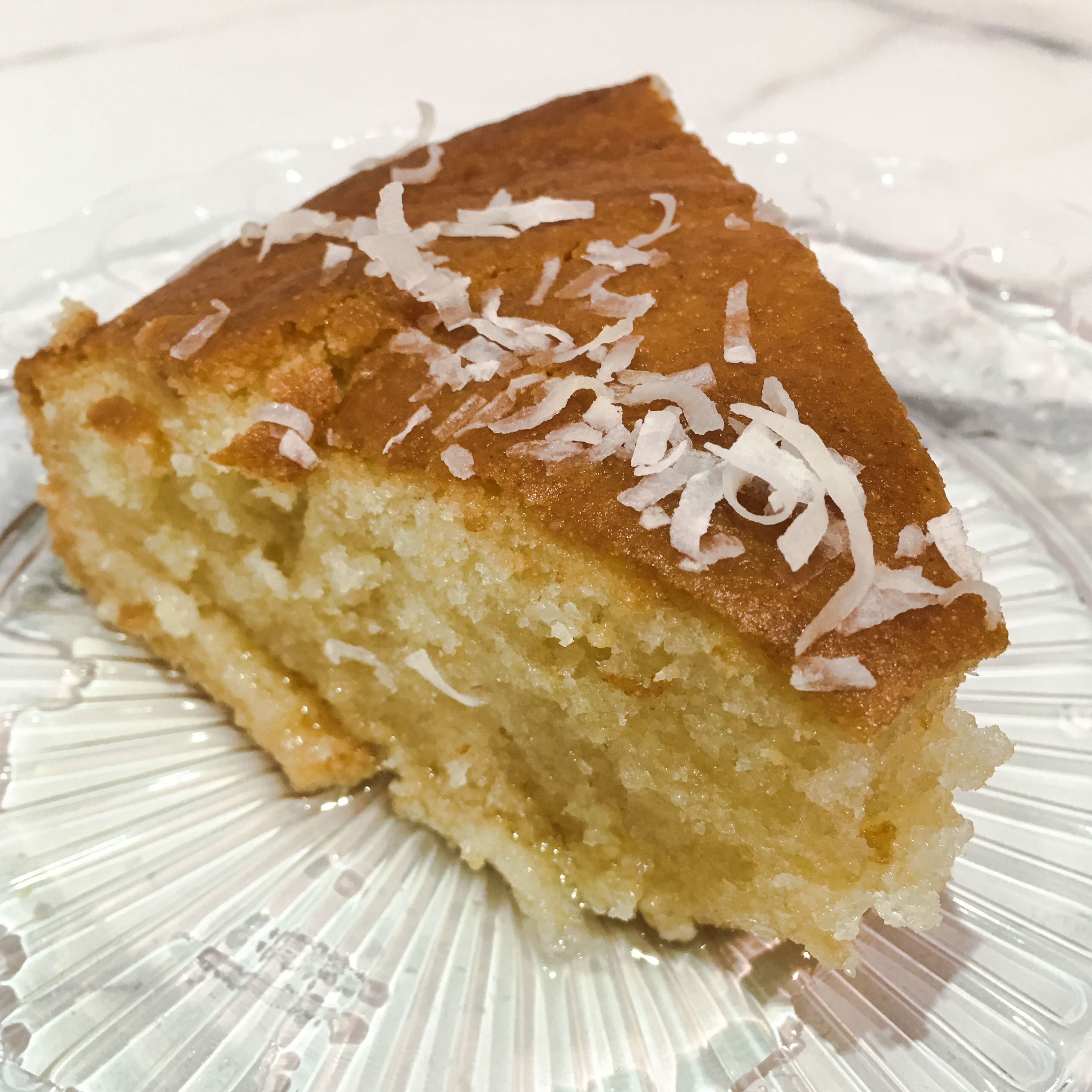 For dessert, we went for the Revani; a Semolina sponge cake that is dressed with orange zest. Overall, the cake did carry its own sweetness and was largely fragrant, though we were not a fan of the orange zest dressing that not only seemed to have made the cake felt a tad soggy, but also caused the entire cake to be overly sweetened. 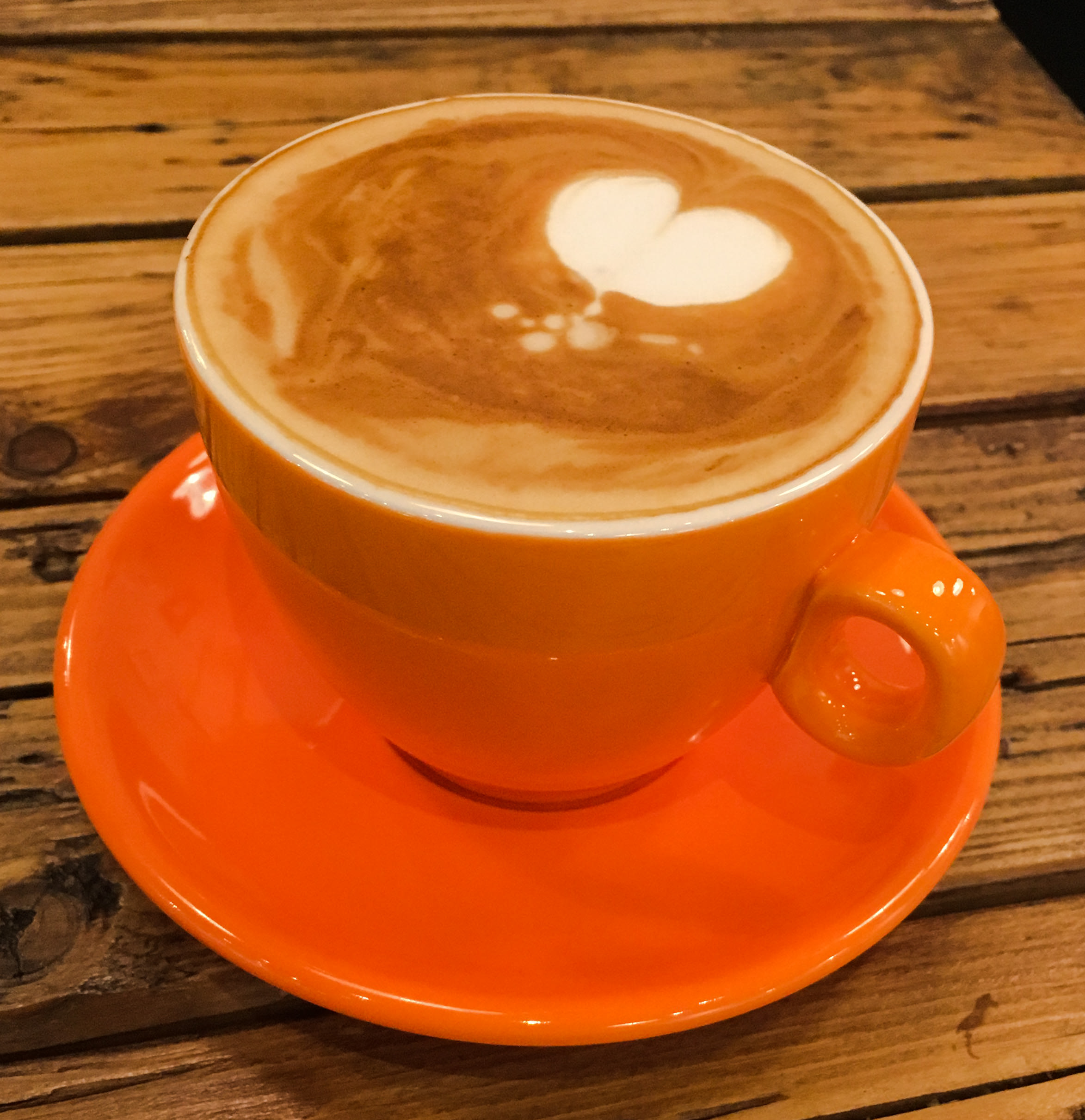 The Flat White was actually pretty decent; coming with a medium body and an earthy flavour profile, the cuppa was thankfully not overly milky; carries a good proportion of coffee to milk. 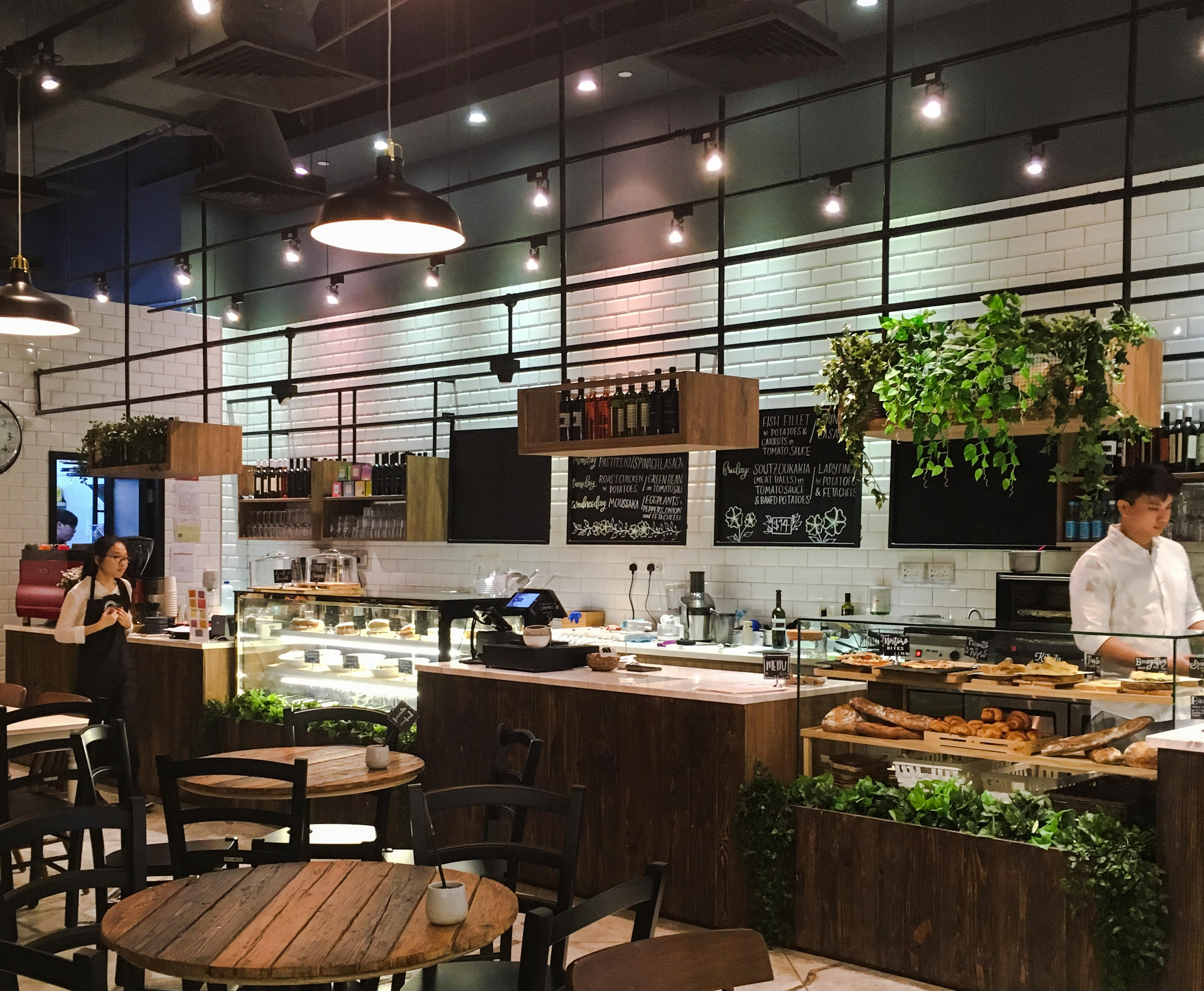 Overall, Nostimo is a spot that we felt seemed to have fell a little short of expectations. The vibes were a little cold; perhaps something that the environment has a part to play — the storefront barely looks like a F&B establishment, decked with faux marble and glass fittings while the walls are just left as-is. The food quality is somewhat left a little further than desired; perhaps ERGON Singapore did set the bar a little high for Greek delis locally, but the food felt a tad soulless and lacked character. While we might have carried expectations a little too high for Nostimo, it is a place that we would most likely not be in a hurry to revisit again.