It seems that the trend for bread is still going strong, considering the opening of other outfits such as Petit Pain, micro red|house, and also the comeback of The Bakery by Woodlands Sourdough which the news had already been spreading around. 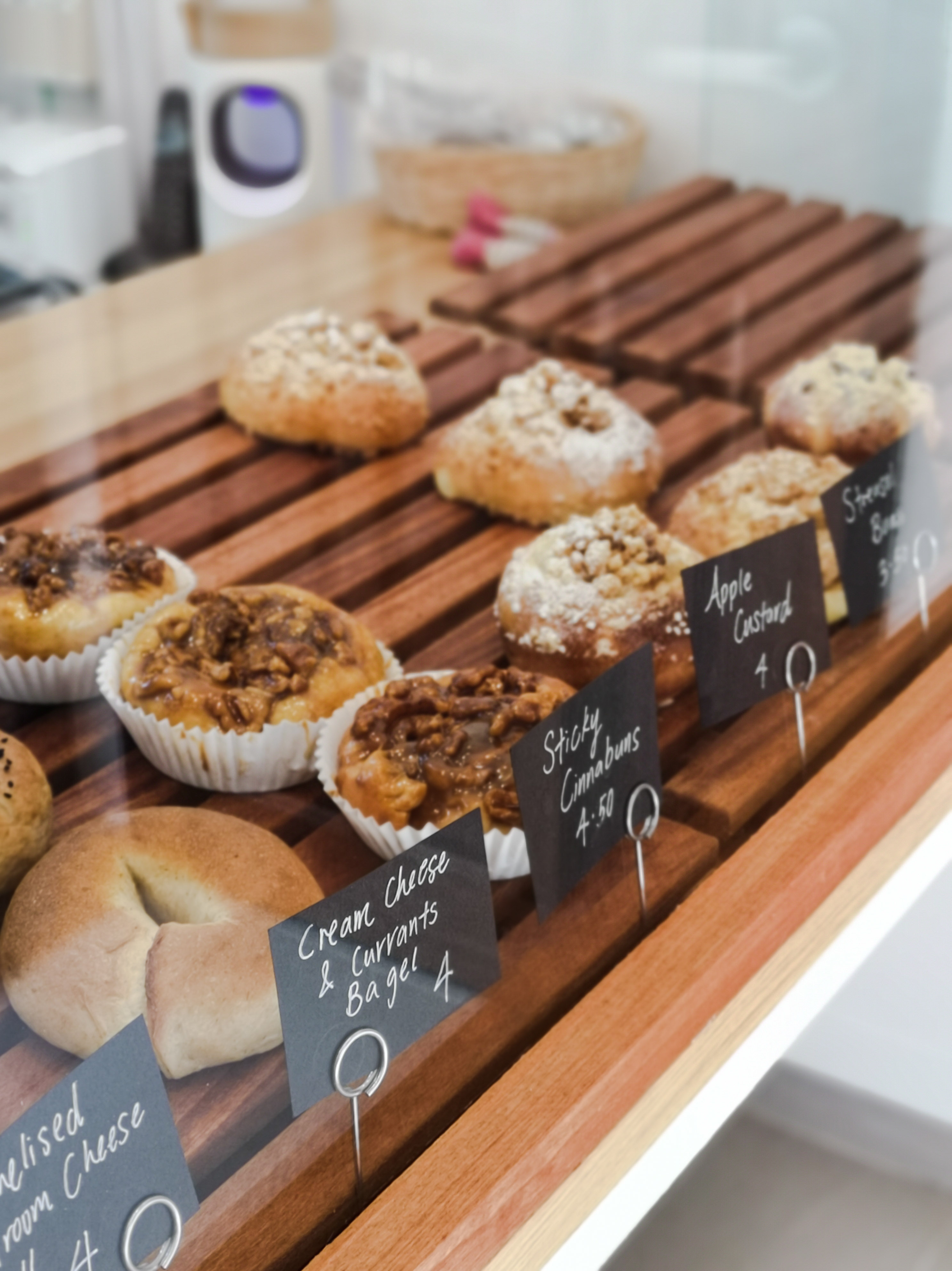 Situated along the row of shophouses opposite Old Hen Kitchen along Owen Road, The Bakehaus is a humble takeaway bakery that sits in the middle of a rather quiet road. Despite having the space of a single-level shophouse unit, much of the space at The Bakehaus is dedicated to its kitchen — a spacious work area can be seen hidden behind the bread counter, partitioned off with glass so that patrons can watch all the action going on in the kitchen while looking at the various items available for the day. Serving up freshly-baked goods on a daily basis, the display case towards the left is mainly occupied by croissants and Danishes, while the case towards the right is stocked with buns. Other times that The Bakehaus also sells would be their sourdough loaves, as well as other bakes such as brownies and cheesecakes which are often displayed in baskets above the display case with samples available to try. Being purely meant for takeaways only, there are no seats within The Bakehaus itself. 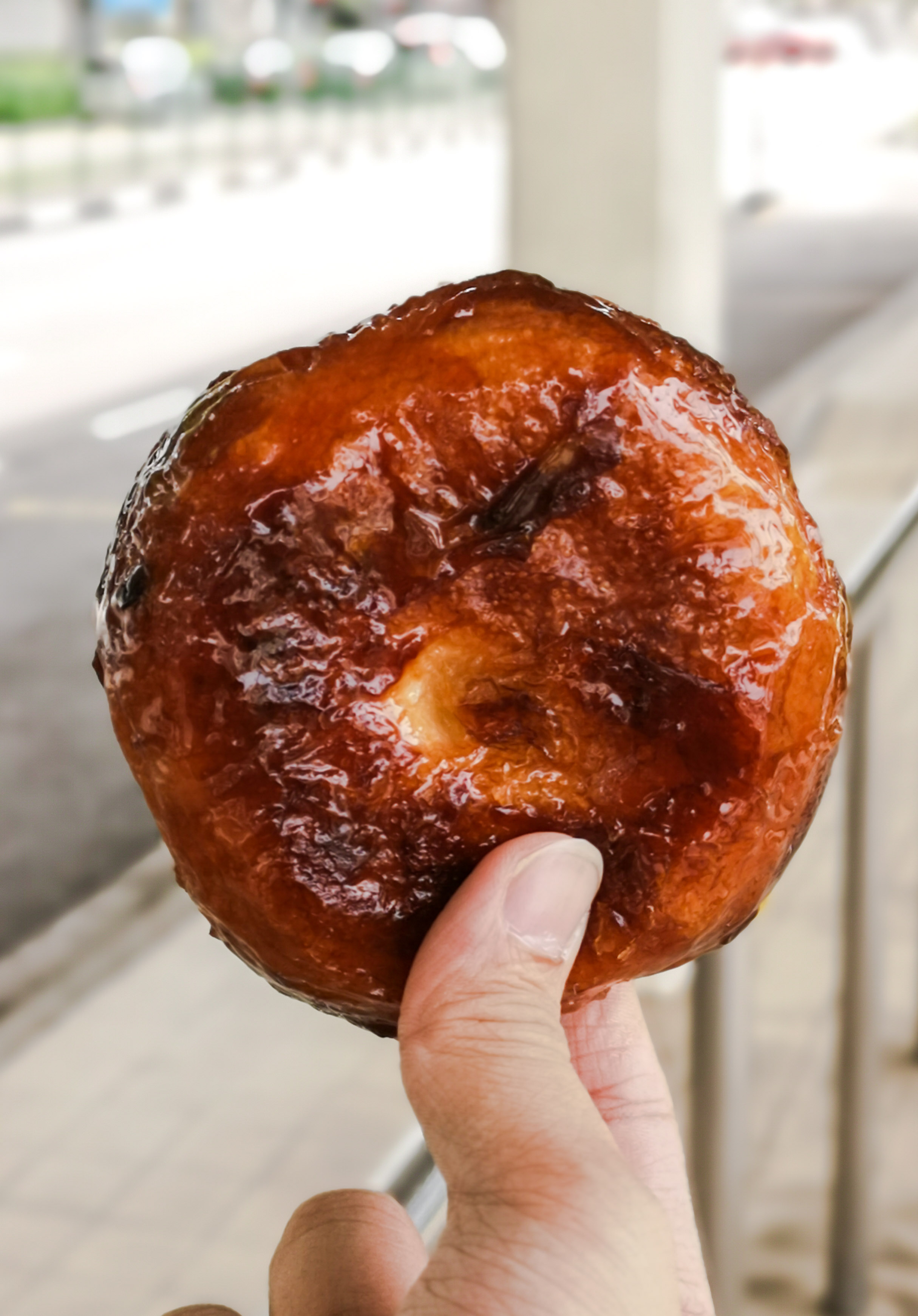 Being pretty spoilt for choice when we were looking at the variety of bread available for the day in the display case, the sight of the Kouign Amann certainly made things simpler for us considering how this is the item we would usually go for at other bakeries such as Tiong Bahru Bakery, Barcook Bakery, and Bakery Brera, just to name a few. The Kouign Amann here comes with a glistening exterior – all from the sugary glaze that coats the bread itself; a very appealing aesthetic that makes it hard to miss. Sinking our teeth into the bread itself, the sugary glaze immediately shatters, crumbling down neatly to reveal the flaky bread that is hiding beneath — one that is light with well-defined layers within; delightfully buttery without being too stiff nor being particularly messy to eat with the crumbs going all over the place. For those who are familiar with the versions of the Kouign Amann being sold at Tiong Bahru Bakery and Barcook Bakery, the variant here at The Bakehaus sits comfortably in the middle of both; the sweetness and buttery fragrance being straight-up and in the face — a wholly satisfying flavor, whilst carrying a light yet firm bite of that slightly surpasses the Barcook Bakery version. Probably one of the better Kouign Amann that we have had, and one I would not mind making my way for just to get my cravings solved. 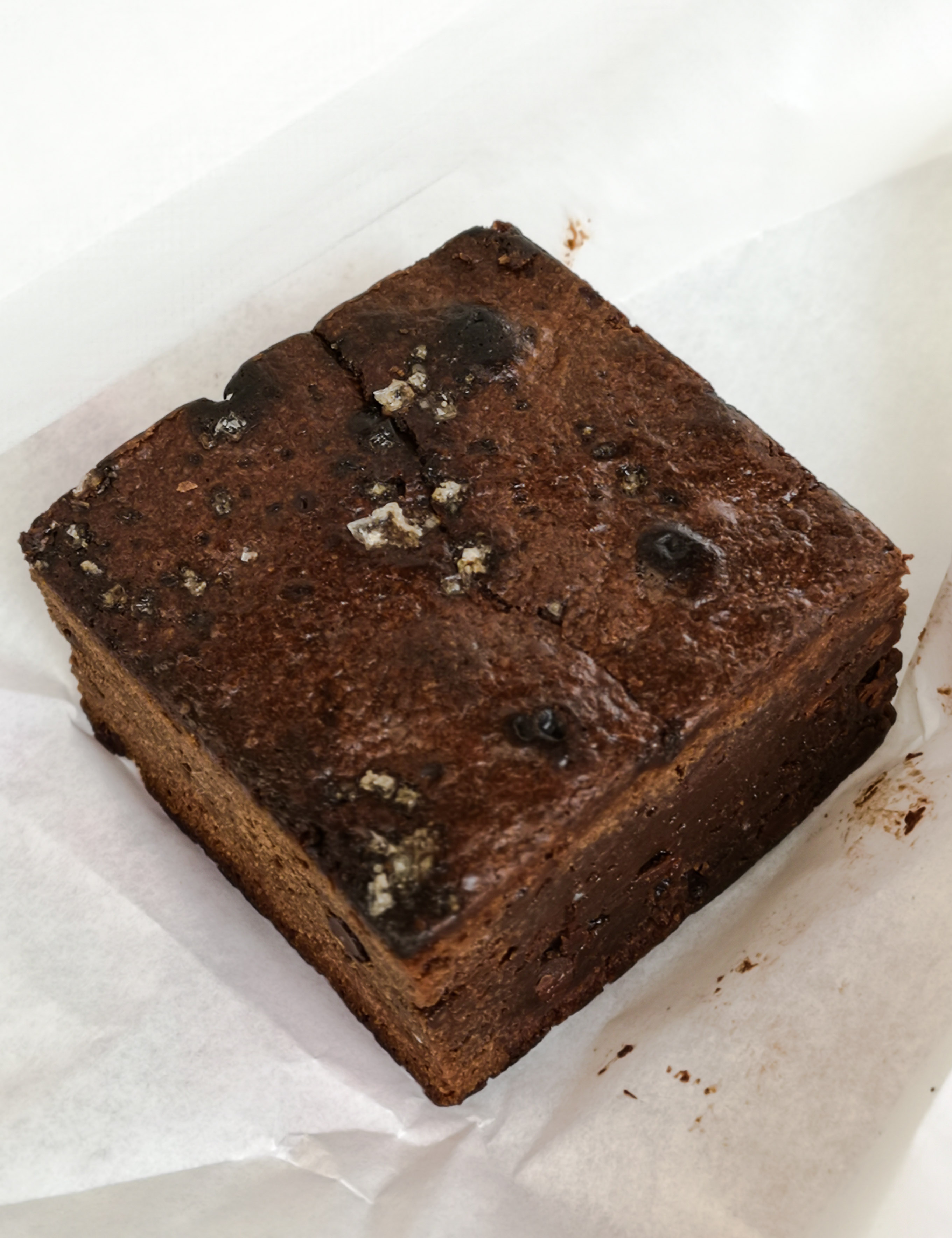 While we were around, the staff were also offering us some samples of the brownies to try. Having tried a sample, we found ourselves taking away a square — it was simply too difficult to resist. Sure, the Brownie at The Bakehaus is served as-is; no scoops of ice-cream nor would it come with a choice of being heated upon order, but the Brownie is simply decadent and straight-up sinful — one that would hit the spot instantly with any chocolate or Brownie lovers out there. Simple as it is, the Brownie here is no-nonsense in its chocolate-y factor; beneath that crusty surface on the top, the fudgy layer that follows is rich and smooth even in its chilled form — nothing but smooth, decadent chocolate that hits the tastebuds instantly, all without carrying the heatiness that burns the throat. The sprinkle of just a bit of sea salt helps to provide a break from the sweetness, adding slight selfishness for contrast. Yet again, another item which we would not mind traveling here for just because we crave for a good Brownie, for how this is probably one of the most decadent ones we had come across. 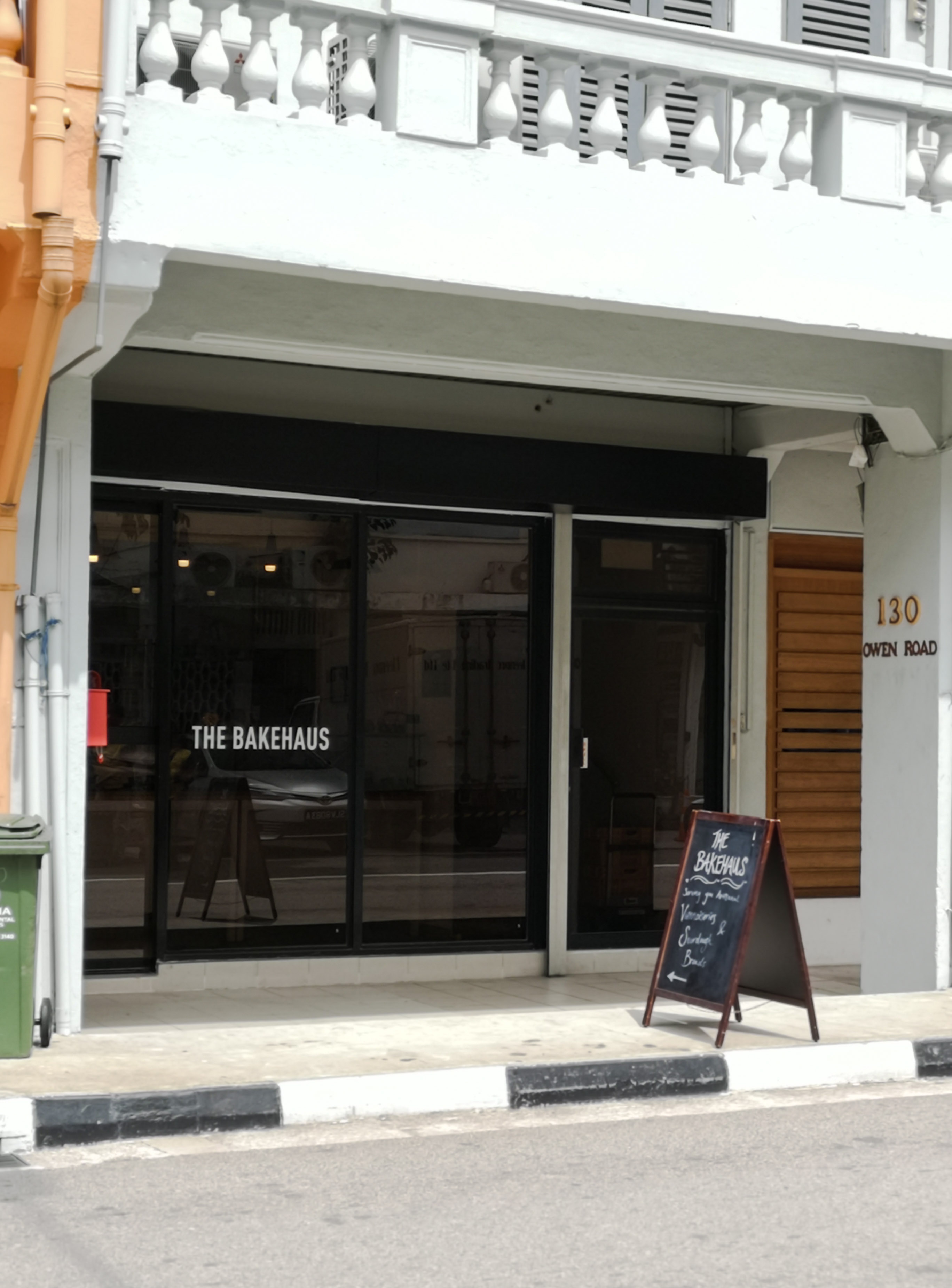 Having only tried a limited number of items from The Bakehaus, we must say that we were left impressed by what they have to offer. Not only were we impressed by the Kouign Amann and the Brownie that we had gotten, but having tried samples of their Cheesecake and Sourdough loaves, we were already convinced with what they are serving up. A rare gem that is hidden away in a quiet neighbourhood, The Bakehaus is almost like a secret for those living within its proximity; a spot that places a lot of emphasis on the quality of their bakes and passion for the craft, The Bakehaus is a place that bread lovers should make the trip for, and somewhere we would, and already returned to for more.