Northpoint City had been seeing some switch-up with its tenants of the late, especially with the closure of several F&B establishments and the opening of new ones such as Tiger Sugar and Omu Japanese Omurice within the mall recently. 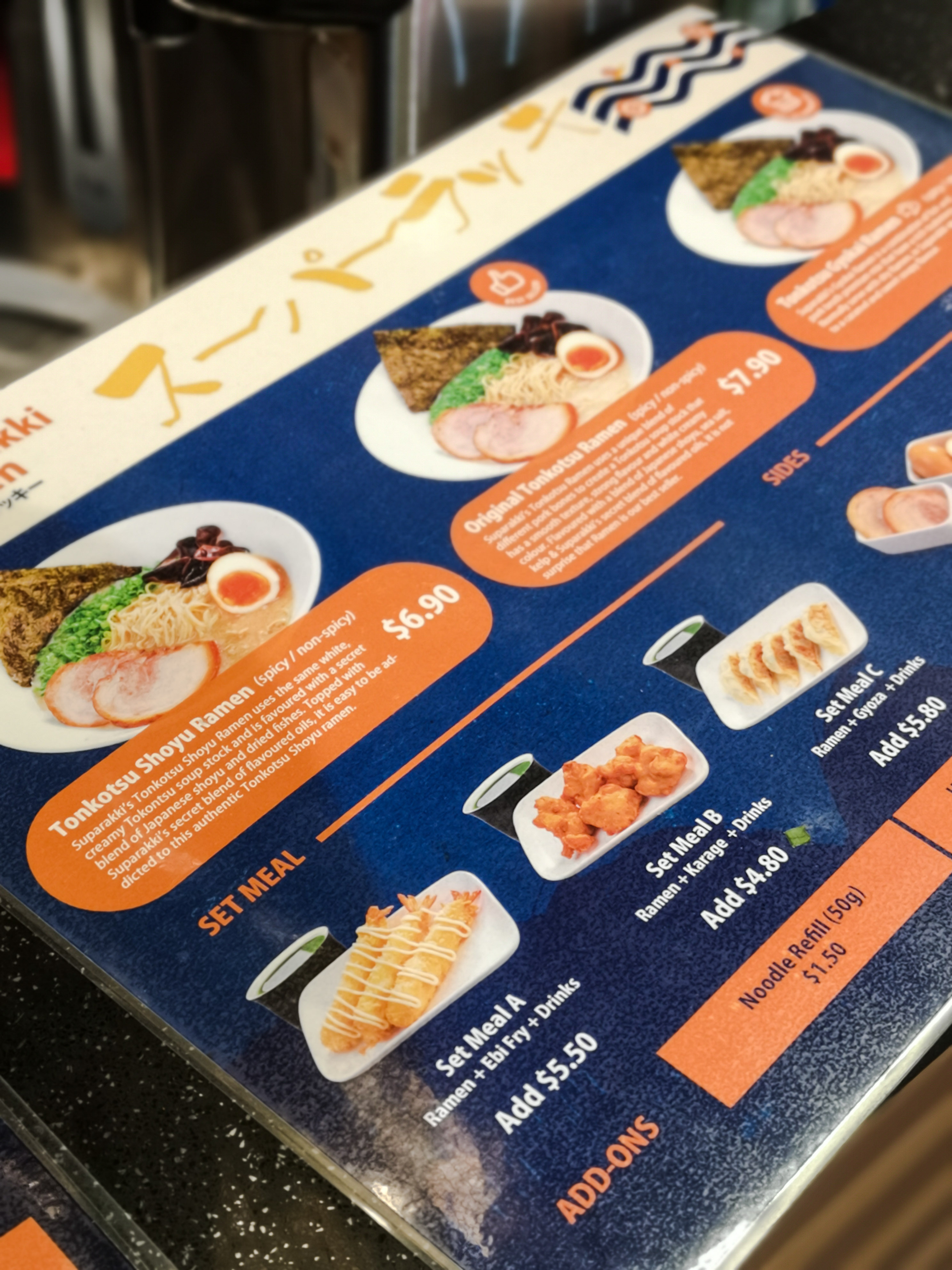 Taking over the former premises of Pontian Wanton Noodles within Basement Two of the South Wing of Northpoint City, Suparakki Ramen is one of the few new tenants to have moved into the mall of the late. Occupying a hole-in-the-wall space, Suparakki Ramen is perhaps not the most spacious establishment with a dine-in area around; the space is fairly cramped, considering how the dine-in tables are rather narrow with barely enough space allocated in between each table, therefore affecting the level of privacy in between different groups of diners. The wall is being decorated with wallpaper containing instructions on how to properly enjoy their ramen, while the furnishing and fittings chosen seem to be for functional purposes rather than for its form. Offering a pretty limited menu of three variations of ramen, patrons are able to opt for their ramen to come in different set options; each of them carrying a different side whilst being paired with a soft drink (either Ayataka or Coca-Cola). Apart from ramen and sides, patrons can also opt for add-ons to be served with their ramen as well, which allows patrons to opt for additional toppings to go for with their ramen. 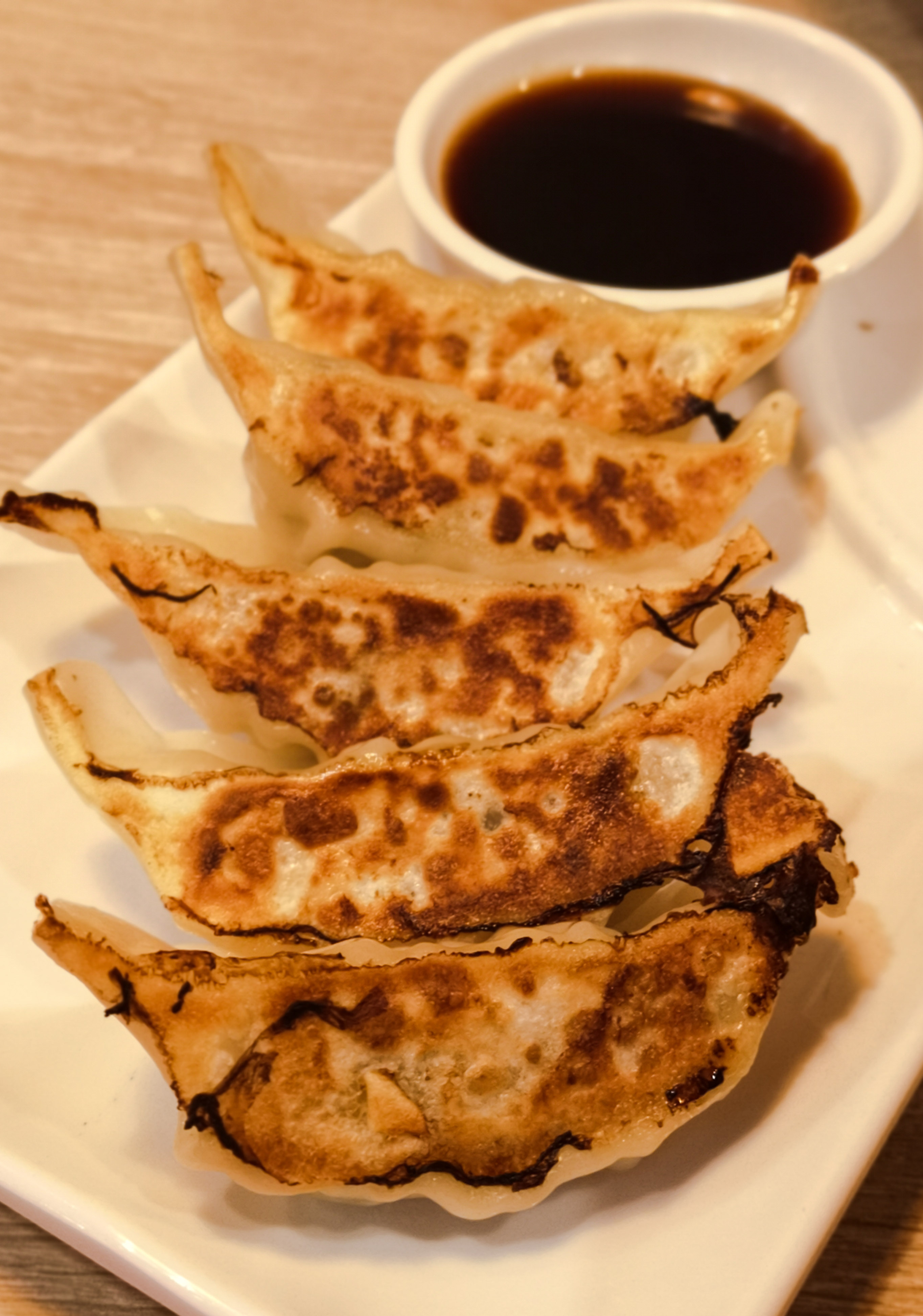 Opting for a set for one of our orders, we decided to go for Set C which comes with Gyoza and a choice of soft drink. The Gyoza was pretty decent; pan-fried with a crispy bottom, the Gyoza came with skin that was reasonably thick and carries a decent portion of meat being filled within; dipping the Gyoza into the soy sauce on the side, the soy sauce helps to enhance the meatiness with a hint of savouriness, providing a contrast of flavours for the Gyoza. Whilst not being the best Gyoza we have had in terms of taste and texture, the Gyoza here does work as a pretty decent side to go for to complement to any of the ramen that they have to offer. 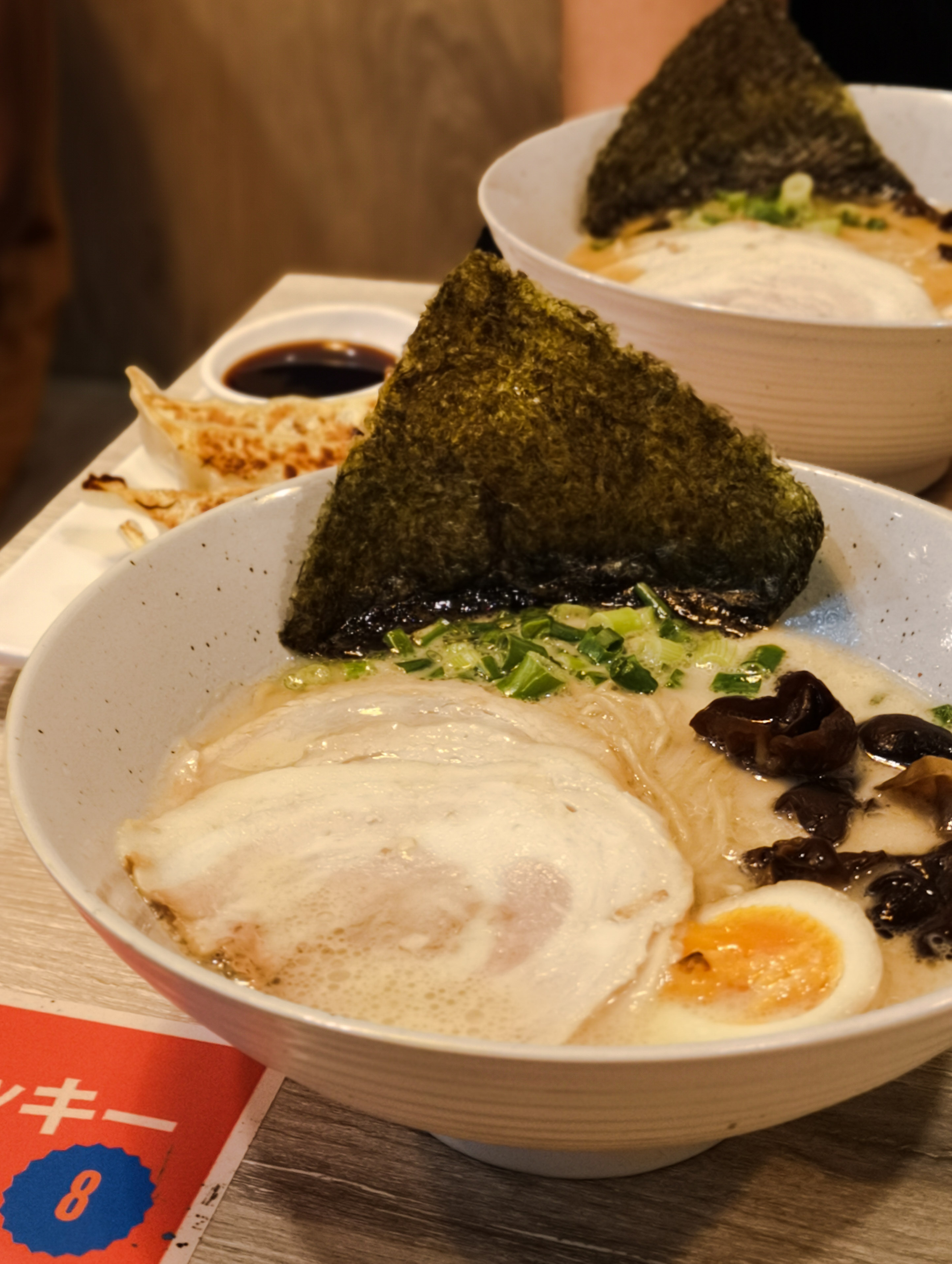 Going for the Tonkotsu Shoyu Ramen, the ramen uses a Tonkotsu soup stock which is essentially a pork bone broth and flavored with a blend of Japanese shoyu and other spices. Coming with other condiments such as an onsen egg, black fungus, spring onions, seaweed and Chashu, all ramen items served here comes with the thin Hakata-style noodles, and comes also with an option of spicy and non-spicy. Sipping the pork bone broth, one would be able to taste the creaminess of the Tonkotsu Shoyu broth which is aptly thick without being particularly salty. Slurping the noodles, the noodles retained a bite, providing some texture without being too soft. The Chashu were sliced thinly; a good mix of fatty and lean meat that is tender and melt-in-the-mouth yet carries a good bite — the Onsen Egg also coming with a molten yolk that is pretty decent. Given its price tag of below S$6.90, the Tonkotsu Shoyu Ramen is an item that is great value for money; a steal given its quality that surpasses some other establishments which may be even pricier. 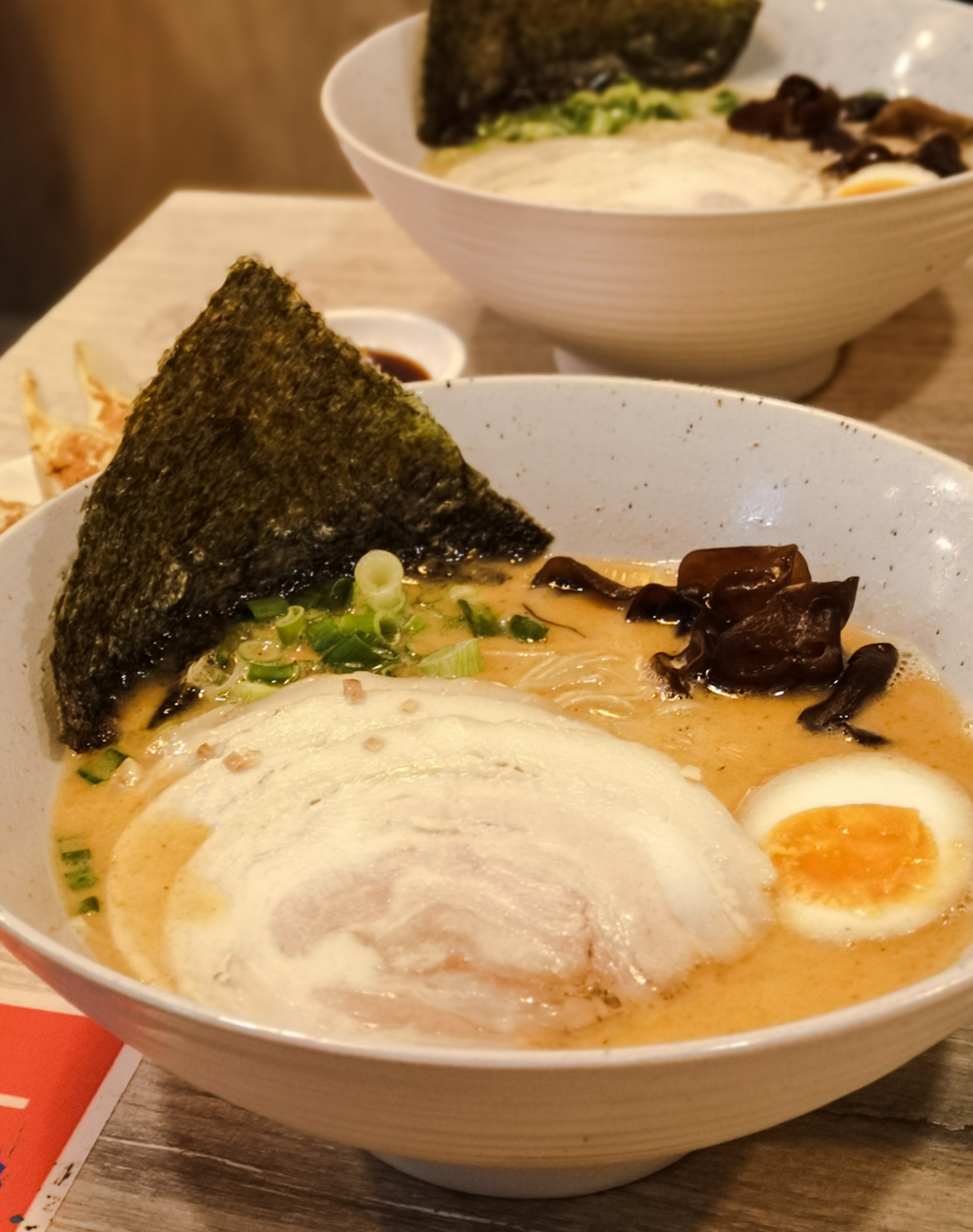 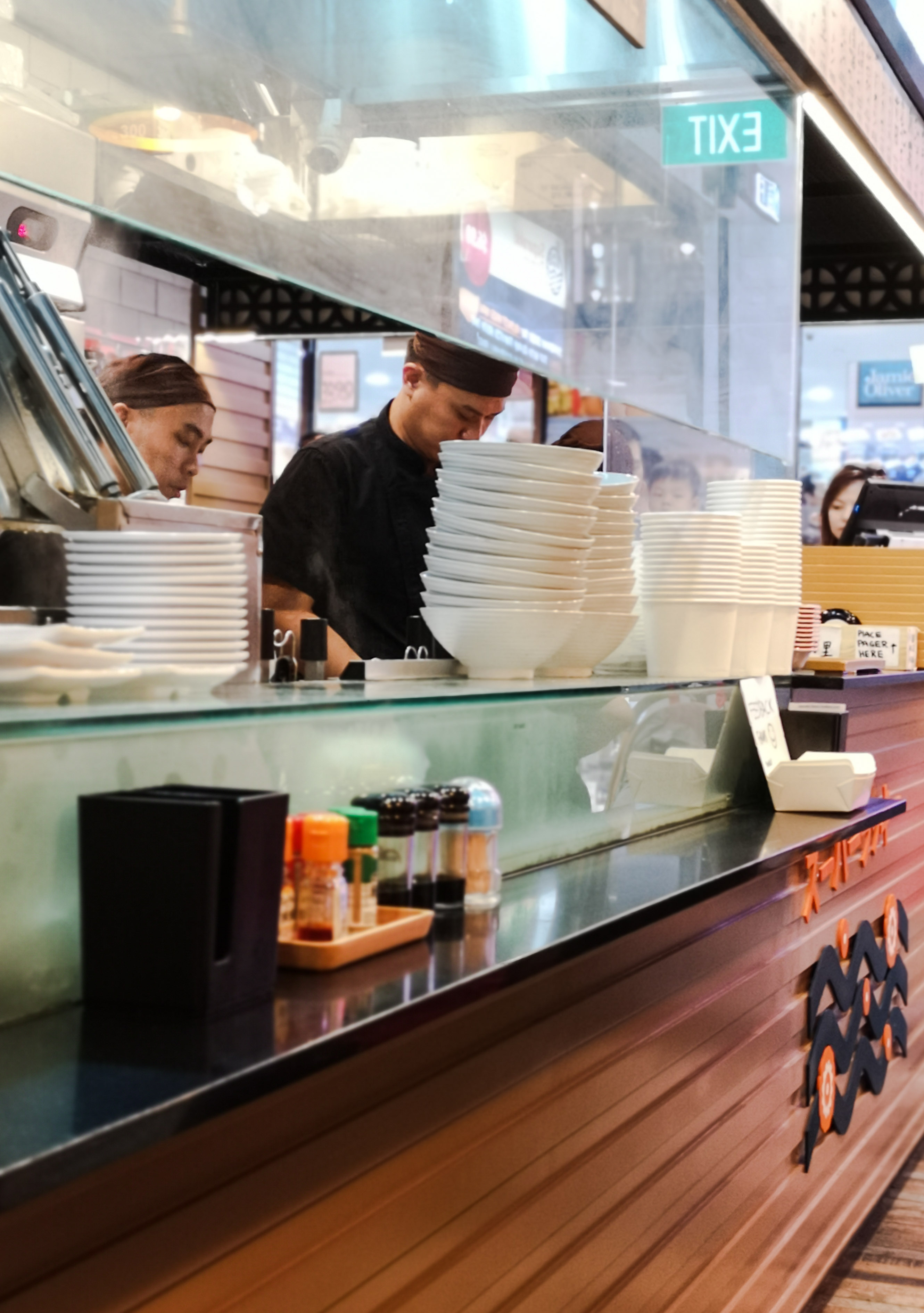 Given the quality of the ramen that we have had at Suparakki Ramen, we felt that the food items that Suparakki Ramen had to offer are pretty good value for the price. While we do feel that there may be other ramen joints which offer their Tonkotsu ramen with more flexibility of options (e.g. hardness of noodles, thickness of broth etc.), Suparakki Ramen is a great option to go for without all of that fussiness; the Tonkotsu broth being really creamy and satisfying for an affordable price of below S$10 especially for ala-carte. That being said, we felt that the space is a little too cramped for our liking; space between diners are rather constrained, thus making Suparakki Ramen a place more suitable as an eat-and-go spot rather than a place to catch-up over a meal. We also wished that the service could be a little warmer overall. Still, considering the lack of quality dining options in the north, Suparakki Ramen is a great spot to consider for a no-fuss meal; just straight up Tonkotsu broth ramen that is easy on the wallet as well. A spot that we would certainly not mind considering as an option to dine at whilst around Northpoint City; somewhere that residents would be glad to have in the convenience of their neighbourhood for cheap Japanese ramen.