Taking over the former premises of now-defunct Claypots Full Circle is Moonstone Bar, which had opened its doors fairly recently. 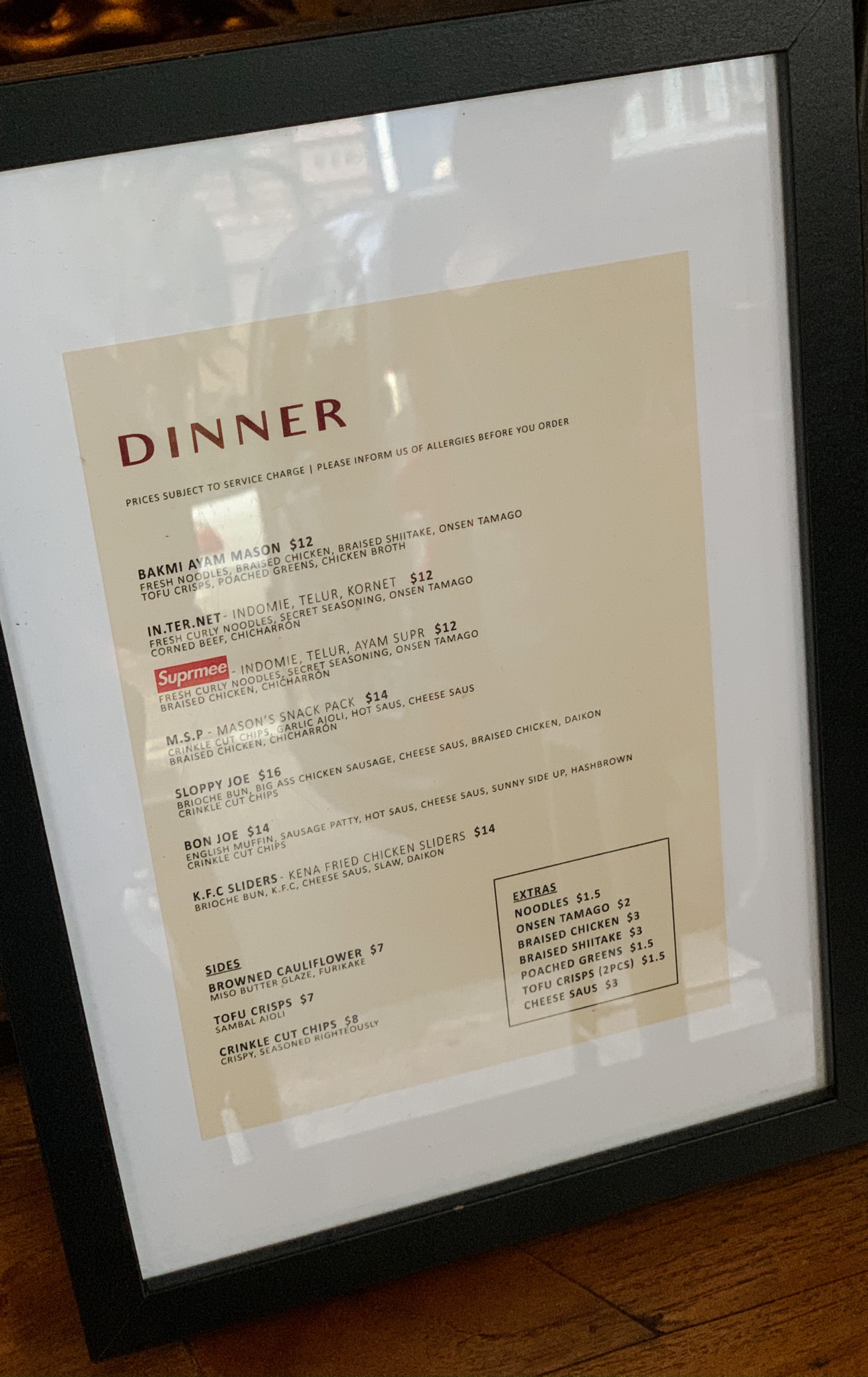 Those who are into the bar scene of Singapore may find the name “Moonstone Bar” rather familiar; Moonstone Bar is run by the very same folks behind 21Moonstone; a bar that was hidden in the 9th floor of Poh Leng Building along Moonstone Lane — a pretty creative use of space in the day by being a co-working space in the day and a bar at night on select days of the week (i.e. Friday and Saturday). Moving into their very own space at Amoy Street, Moonstone Bar had kept much of the aesthetics of the exterior of the shophouse that it occupies from the previous tenant; an extensive use of wood does make Moonstone Bar (and also former tenant, Claypots Full Circle) stand out from its neighbours. Otherwise, the interiors reveal a rustic and industrial-style interior; aptly dark for a bar, the space sees extensive use of concrete flooring, some faux-bricks adoring the pillars, and furnishings that feature wooden and metallic accents. Old-school signages and an explicit paining helps to give the bar a funky vibe; a fun cocktail bar that is suitable for a bar situated in the heart of the Central Business District that is loud, yet chill. Offering separate menus for lunch and dinner service, we visited Moonstone Bar during a weekday dinner service; the menu features a selection of Indomie-inspired dishes, as well as sliders and sandwiches options along with some bar bites to share at the table with some drinks, which include alcoholic options such as cocktails, spirits, gin, as well as craft beer and non-alcoholic options such as specialty coffee and tea. 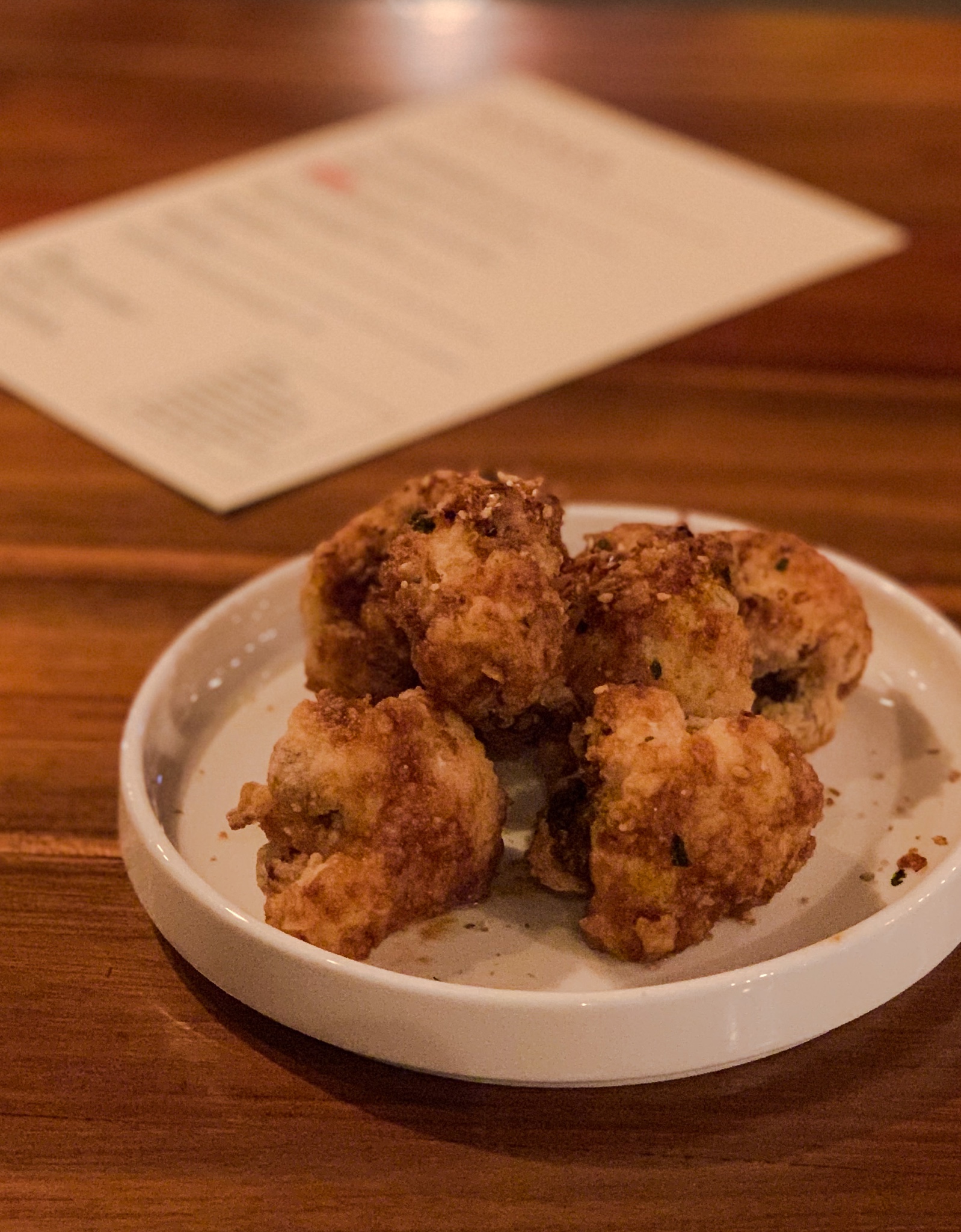 Ordering a side/bar bite to share at the table, we went for the Browned Cauliflower, which features elements such as Miso Butter Glaze and Furikake. Essentially being cauliflower florets fried in a light batter, this was something which we quite liked; crunchy florets with a crisp exterior, flavoured with a slightly nutty, creamy and umami glaze that is further enhanced by the Furikake sprinkled over the top — simple, yet flavourful and a great accompaniment to the alcoholic options they have to offer. 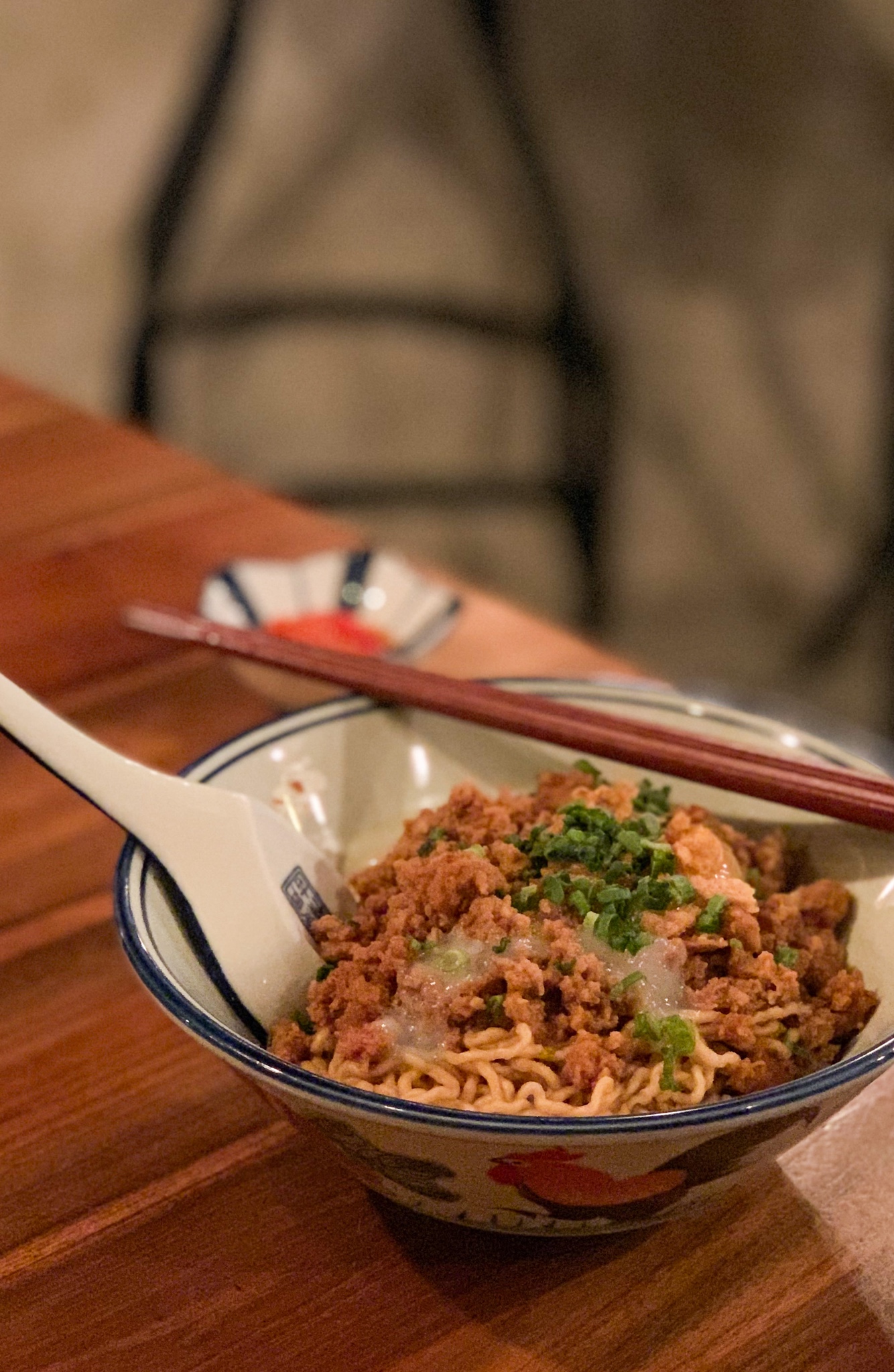 Going for one of the noodle dishes listed on the menu for our choice of main, we went for the Suprmee; described as “Indomie , Telur, Ayam Supr”. Featuring other ingredients such as Fresh Curly Noodles, Secret Seasoning, Onsen Tamago, Braised Chicken and Chicharron, the Suprmee is something that is pretty comforting — something which we thought would work great to nurse a hangover even. There is nothing complicated towards this dish; almost akin to a souped-up version of our local Bak Chor Mee (Minced Meat Noodles) with Indomie — the noodles being all springy with a good bite, while tossed in a “secret seasoning” that is surprisingly savoury and umami; it’s flavour being the most prominent and defining factor of the entire bowl that makes it so addictive to have. Mixing the Onsen Tamago into the entire bowl of noodles, it gives the entire bowl a silkier touch, while the braised chicken gives a bite and a some meatiness to noodles; adding the Chili provided on the side further enhances the flavours of the entire bowl — not only is it not shy with its intense spicy kick, but it is incredibly satisfying as it lifts those umami notes with its heat that is akin to that of the sambal served with Ayam Penyet. Something which we would without a doubt go for again; incredibly simple, yet satisfying and comforting, whilst being addictive at the same time — a dish that I would not be sharing on our subsequent visits here! 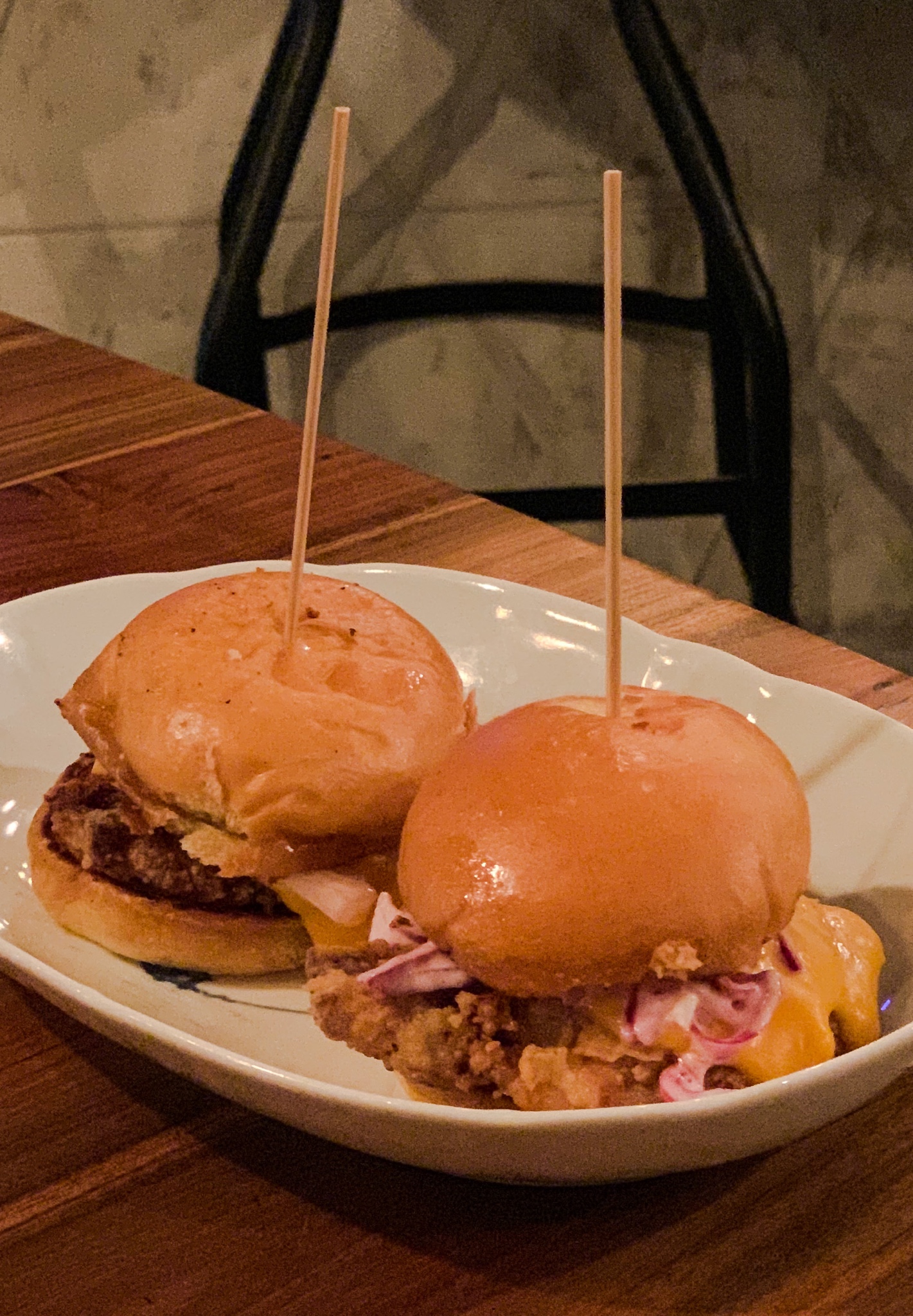 We also tried the K.F.C. Sliders; also dubbed the Kena Fried Chicken Sliders which features elements such as Brioche Bun, K.F.C., Cheese Sauce and Daikon. This was very much a K.F.C. two-piece meal in slider form — and not in a bad way. Pretty impressive already was the Brioche Bun; pillowy-soft, the Brioche Bun was the lightest we had ever had thus far, the texture being very similar to that of the potato buns some establishments would use for their burgers — consistently soft from outside to inside without being particularly dense, and very easy to have. Sandwiched in between, the fried chicken comes crisp on the exterior, yet juicy, tender and succulent in the inside; the flesh carrying a savoury note from the brining process before being deep-fried, while the cheese sauce was akin to that of the nacho cheese sauce that the fast food establishment uses on its variant of the cheese fries. The coleslaw helps to add a refreshing, creamy crunch in the middle to cut through the meatiness. A good option for those looking for a more substantial bite as compared to the sides listed on the menu to share between two pax, while going for the various alcoholic options here. 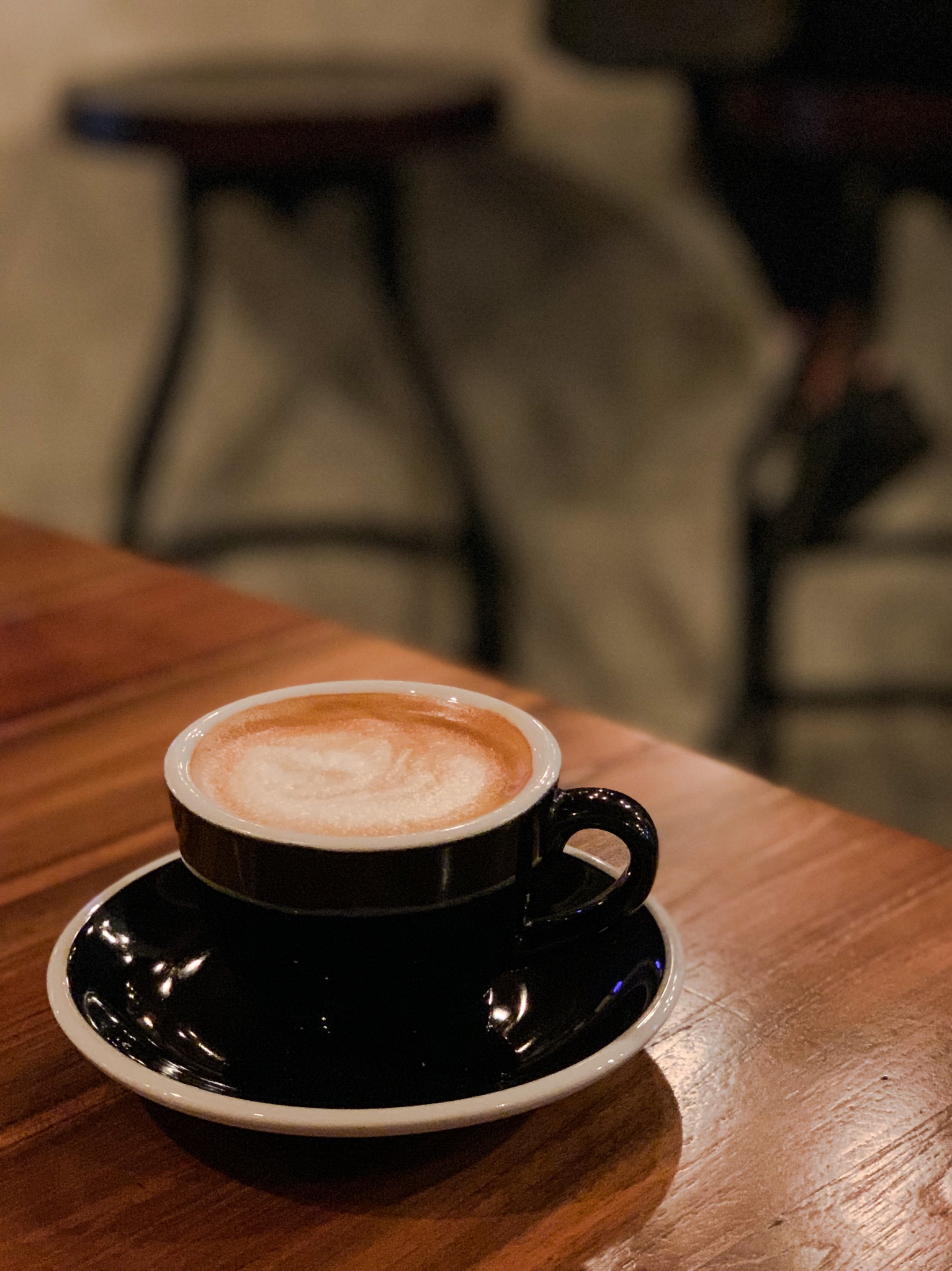 Being pretty intrigued by the “Liang Teh” cocktail that they had been serving since their days as 21Moonstone, we found ourselves going for the usual cuppa instead when we were informed that the Liang Teh was not available for the day. No doubt a mistake to order specialty coffee at a bar; the White was fairly acidic and tasted rather burnt, while the milk seems to be frothed for a little bit too long with the crema being a little stiff and bubbly — we would say stick to the alcohol here, even despite us having not yet tried any of the cocktails here during our visit. 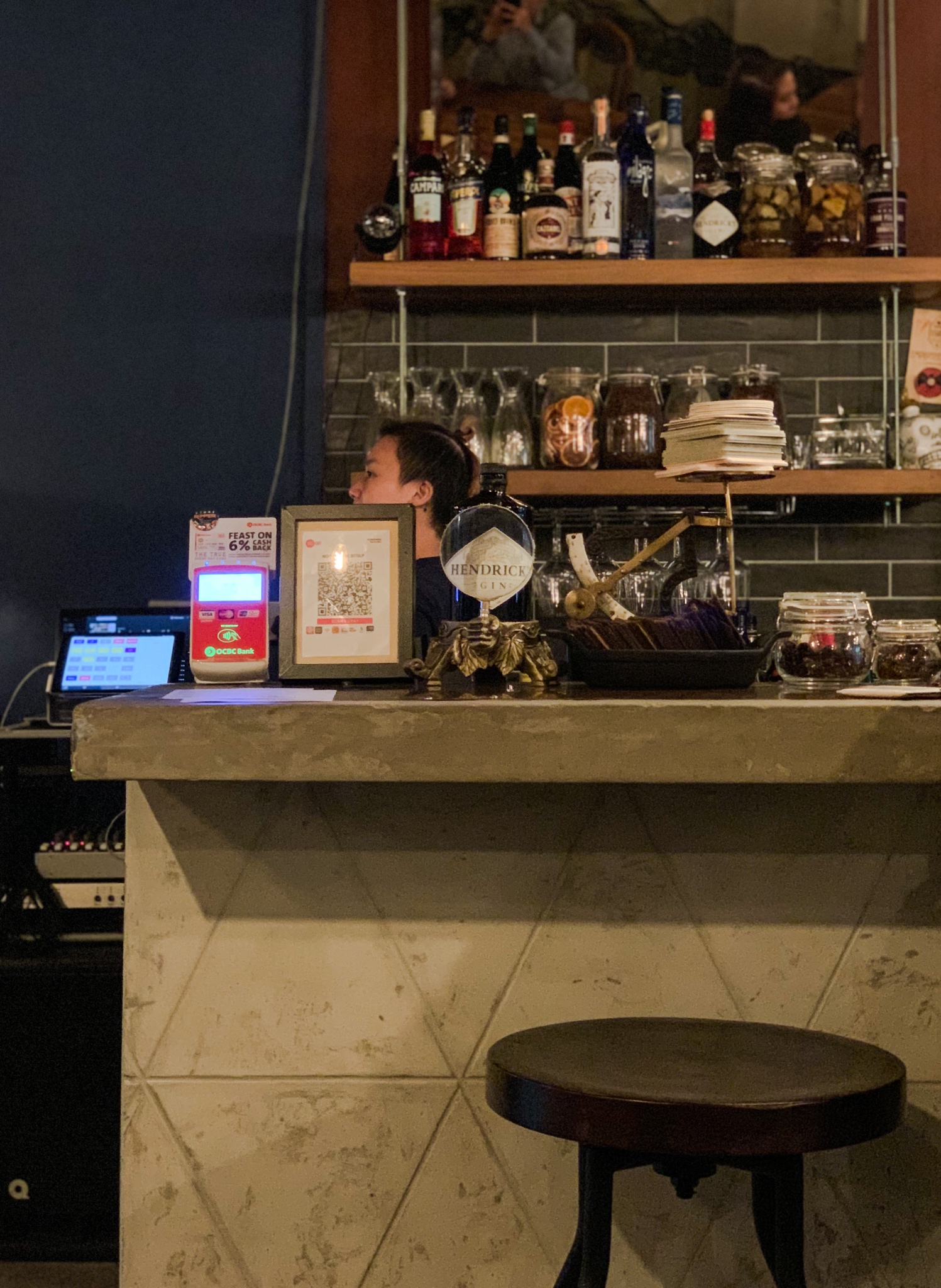 While we had not written about many bars, Moonstone Bar is a place that we felt bore a lot of character; a very casual watering hole that is playful and boisterous from its decor to the what they have to offer on the menu. We liked how the food menu is kept pretty basic here, yet being pretty refined at the same time — simple, comforting fare that works well with the drinks without being particularly exquisite or elegant, but also satisfying to the soul. No doubt their forte isn’t in their coffee; understandably so considering how Moonstone Bar is a bar, where most would have chosen to go for alcohol anyway — a slight regret that we had during our visit was how we completely missed out on the cocktails they had to offer. A place that would work well for the office folks in the area for lunch and after-hours drinks, Moonstone Bar is the place that would hit the spot for those looking for a fun, perhaps even rowdy (in a good way) spot in the heart of the Central Business District with pretty decent and simple eats to hang out in the evening; we would most certainly remember to order the “Liang Teh” cocktail if it is available and if we ever make a subsequent visit; something which we are definitely still pretty intrigued about.