With the trend moving away from cafes and ice-cream parlours of the late, there are still some establishments which are sprouting up within the neighbourhood within HDB estates, bringing convenience for those living in the heartlands to solve those cravings for artisanal coffee or ice-creams near their home. 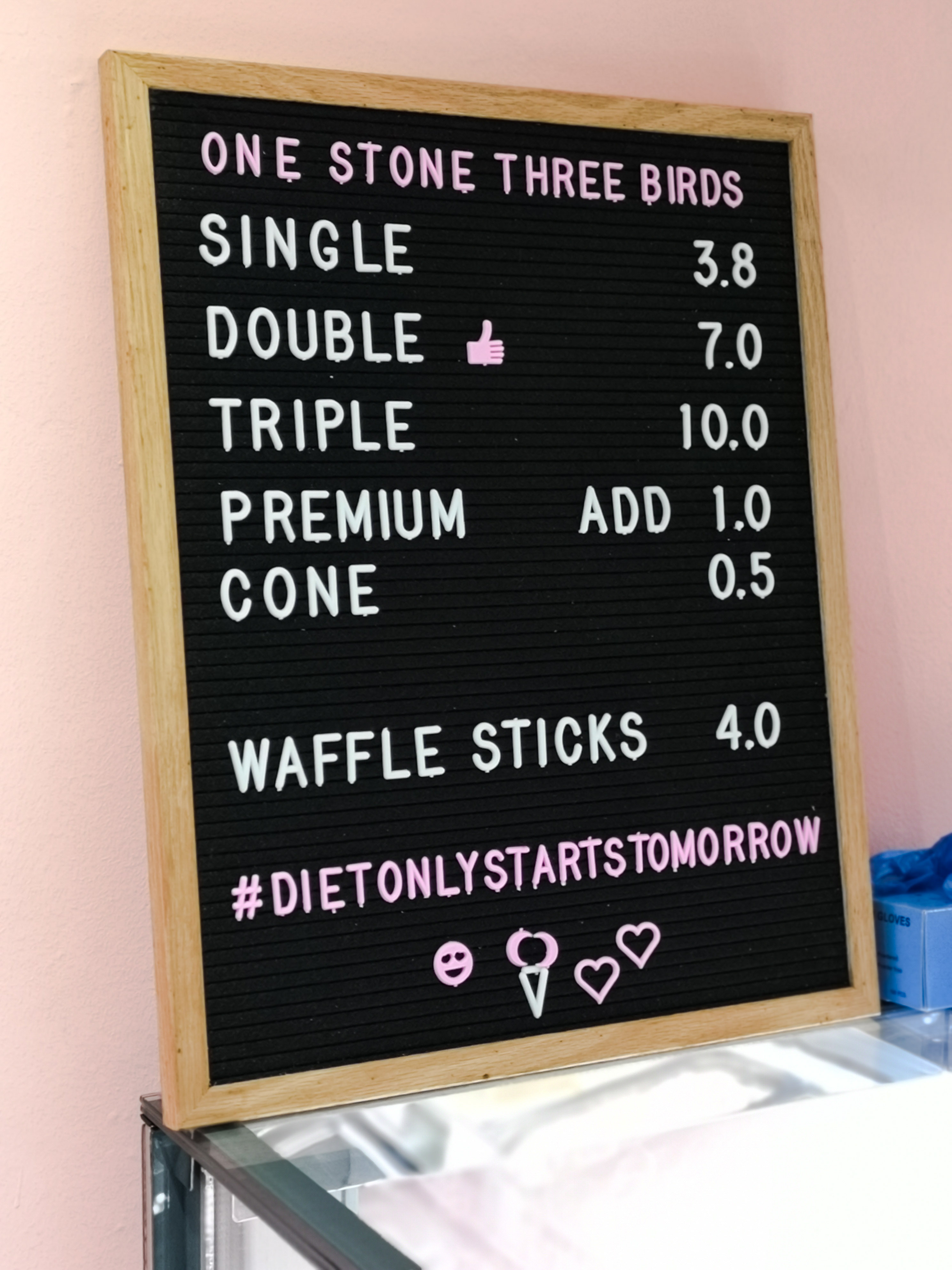 Being located at Clementi Town Centre, One Stone Three Birds is the latest addition the Clementi neighbourhood, being situated a stone’s throw away from Clementi Bus Interchange, The Clementi Mall and Clementi MRT Station. Opening its doors recently along the same row of shophouses where Koi The is located, One Stone Three Birds is essentially a hole-in-the-wall ice-cream parlour that serves up ice-cream that is churned in-house with flavours which are unique to their own. Given the space constraints of the unit that they have occupied, One Stone Three Birds is very much of a takeaway concept; featuring a rather small dine-in space consisting of levelled seating, the dine-in space would work well for a party of three considering the width of the seating. Offering patrons with a small variety of ice-creams rotated on a daily basis, patrons can choose to have their ice-creams either in cups, cones or with waffle sticks. Patrons are also encouraged to follow their Instagram page to learn about the new flavours that One Stone Three Birds may have to offer as well. 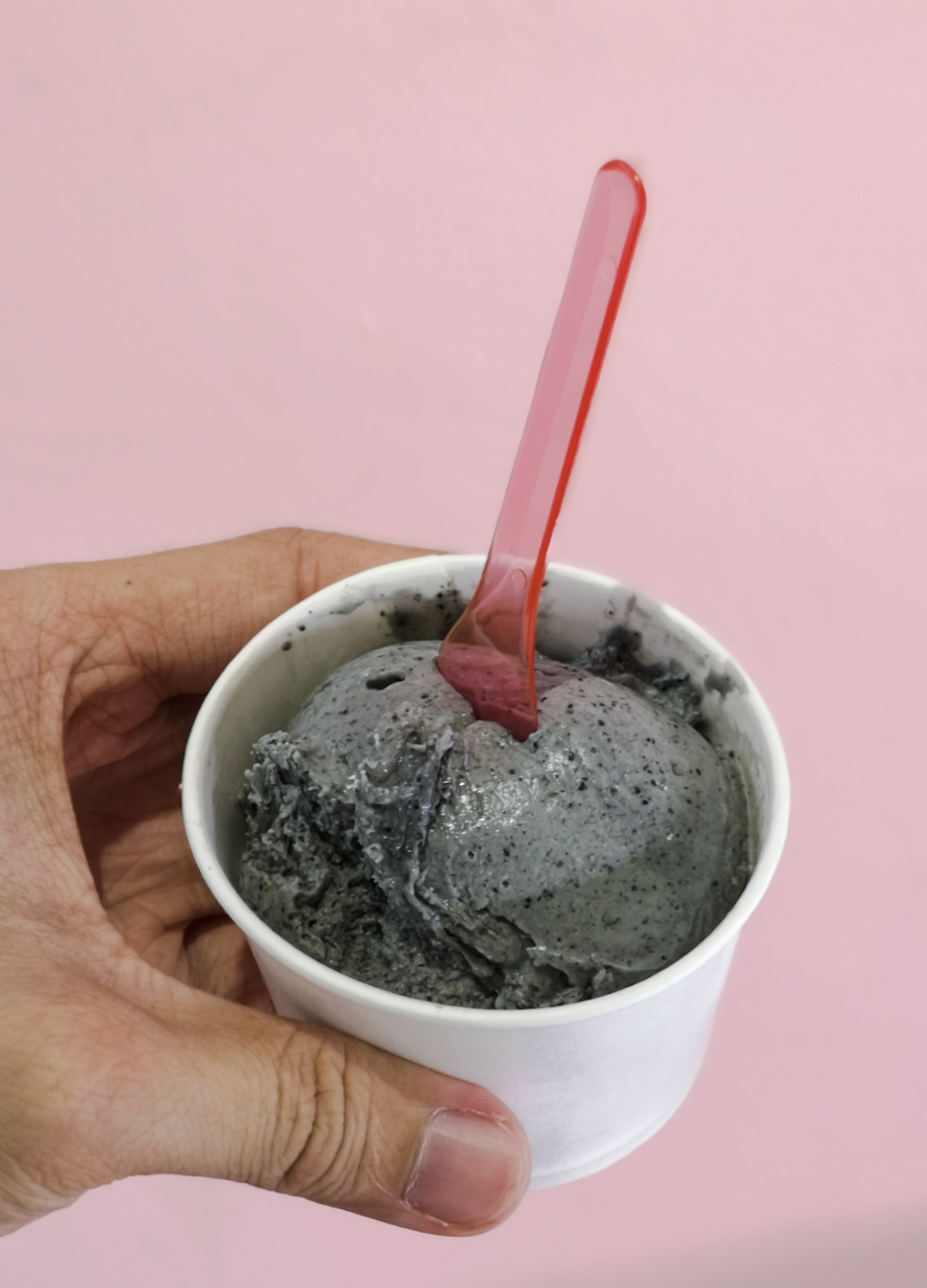 Having skimmed through the selection of ice-creams available on the day of our visit, we went for the Black Sesame; a flavour which we often go for at other ice-cream parlours. Digging into the ice-cream, the variant available at One Stone Three Birds is probably one of the most intense we have ever had in a while; the ice-cream carrying a pretty punchy, roasted flavour that was most dominant throughout the entire scoop without being overly creamy or milky. Carrying a smooth texture while also not melting away too quickly, the ice-cream also carried a rather distinct grittiness from the speckles of sesame which was churned into the ice-cream; a flavour which is pretty well-executed and would gel very well with those who are into black sesame whilst being pretty simple and straight-forward with no frills at all. 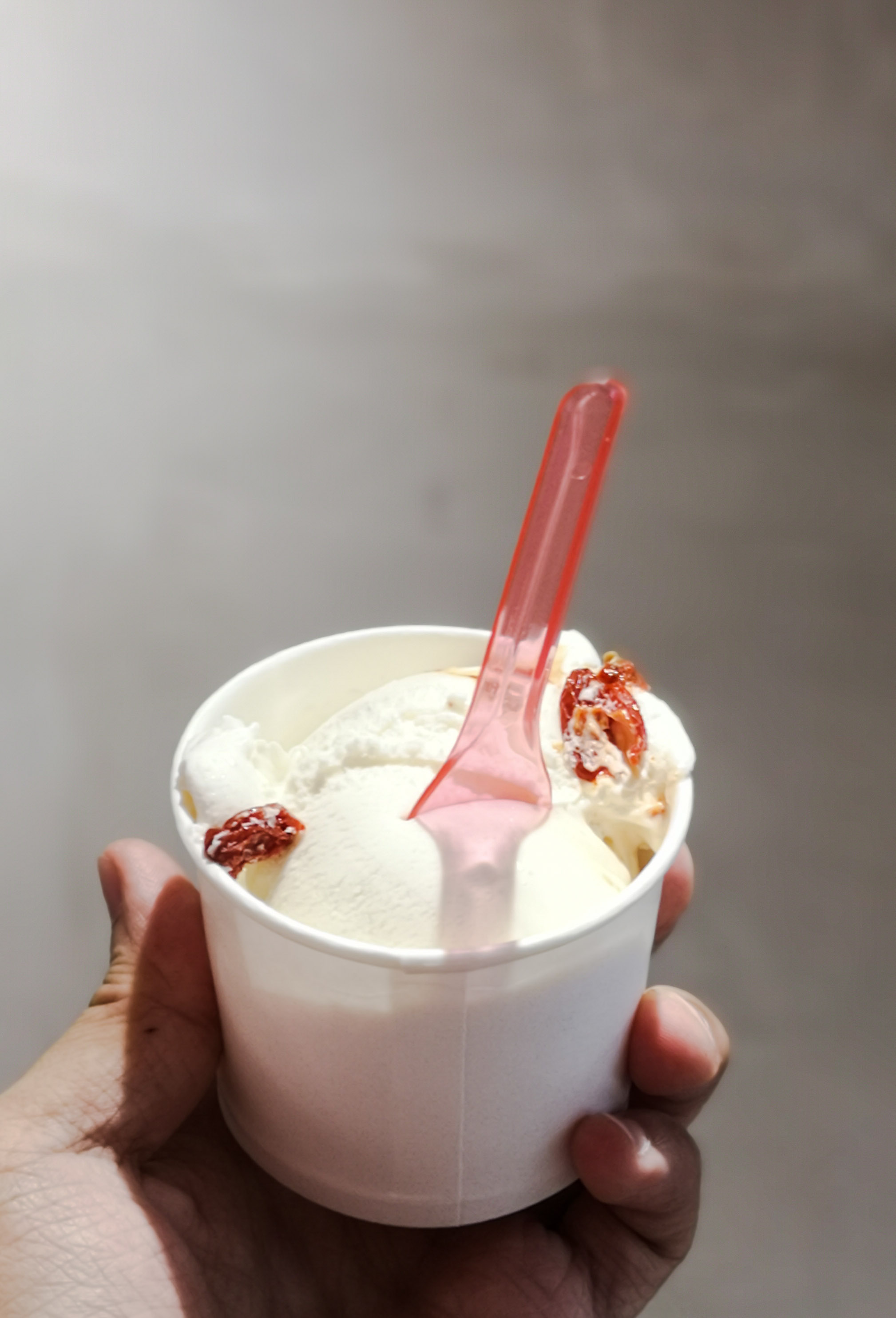 We also went for the Yin’s Osmanthus & Chrysanthemum; a flavour which was said to be requested by a customer which was freshly-churned just moments ago before our visit. Trying the flavour before we eventually got ourselves a scoop, the Yin’s Osmanthus & Chrysanthemum won us with its floral and herbal notes; one which seemingly replicated that of Chinese cooling tea which was immensely soothing and refreshing that worked well after a heavy meal. An ice-cream flavour which is immensely different and out-of-the-box, this was a refreshing change from the usual; something which was light and gentle on the tastebuds without being too dense nor clouding the tastebuds even despite going through the entire scoop. The addition of wolfberries helped to create texture; a chew akin to that of raisins added to Rum & Raisins for that extra bite. A pretty unique and creative flavour which we would certainly like to see it make its way into a permanent flavour here; a flavour which would give One Stone Three Birds a distinct character of its own that would hopefully help them earn a reputation of its own. 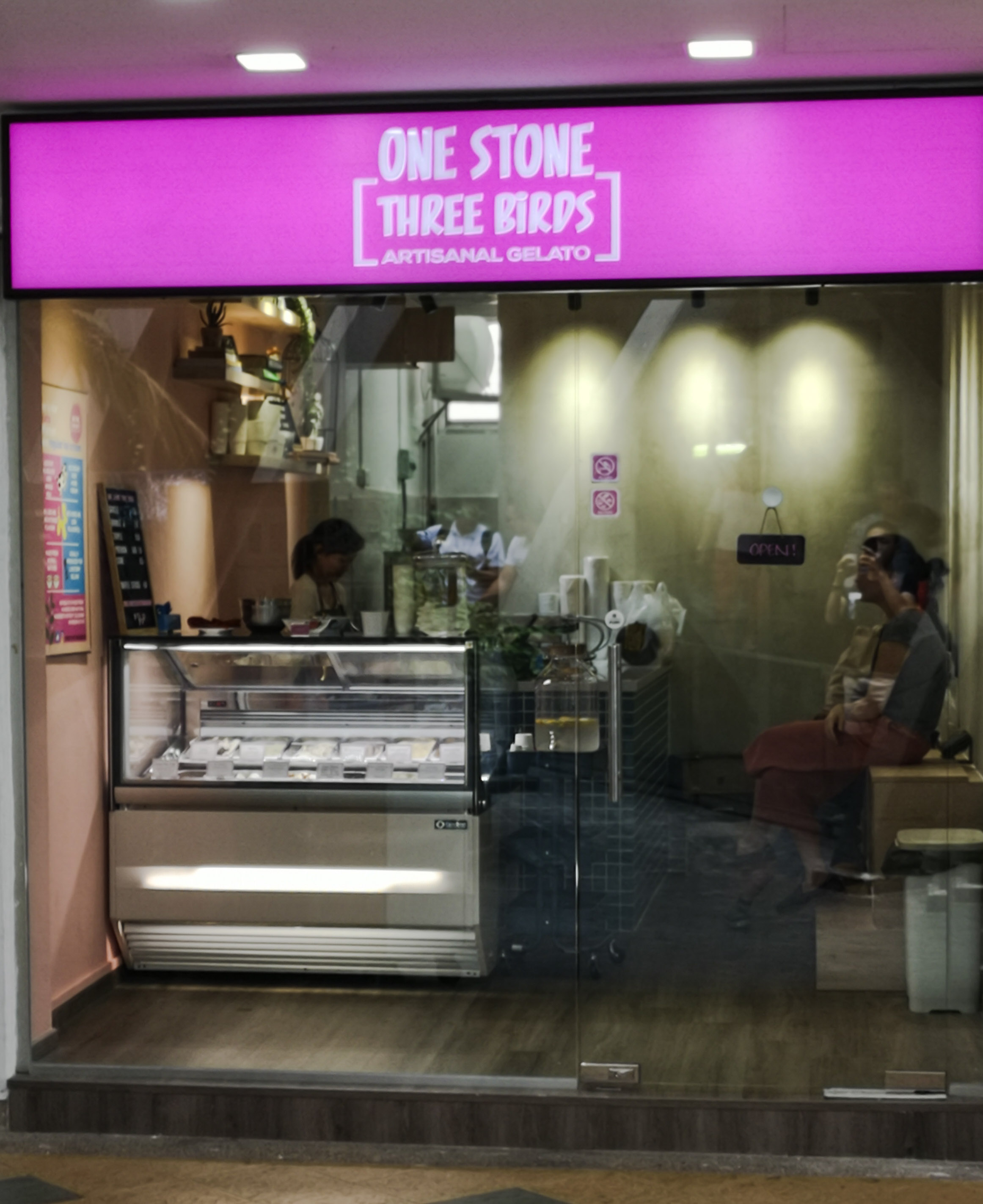 While we had only gone for two single scoops of ice-cream at One Stone Three Birds, we were pretty impressed with the other flavours that they had to offer; flavours like the Houjicha and Strawberry & Basil proved to be rather solid, with the former sounding relatively common but carrying a strong hint of roastiness and earthiness signature of the tea itself, while the latter was a punchy, yet refreshing flavour with a tart flavour well-balanced with a herby note from the basil churned into the ice-cream. Given the quality of the ice-creams available at One Stone Three Birds along with its prices, One Stone Three Birds is a spot that Clementi residents would be proud of; having a good mix of both safe and creative flavours, the safe flavours would help to bring its ice-cream to the masses, while the more adventurous ones would help to shape their character and branding especially for those who are willing to move onto something new or just want something different. With its quality of ice-cream, One Stone Three Birds is a spot we would certainly revisit; a place we would even recommend making the visit down for some of their more adventurous offerings. We would like to congratulate the folks behind One Stone Three Birds on their opening, and wish them all the best in what is to come in the future!