(Bao Boy had since ceased operations.)

Located just opposite Ronin, Bao Boy is the latest establishment to have opened its doors in the Clarke Quay neighborhood that sees plenty of fancy restaurants and bars. 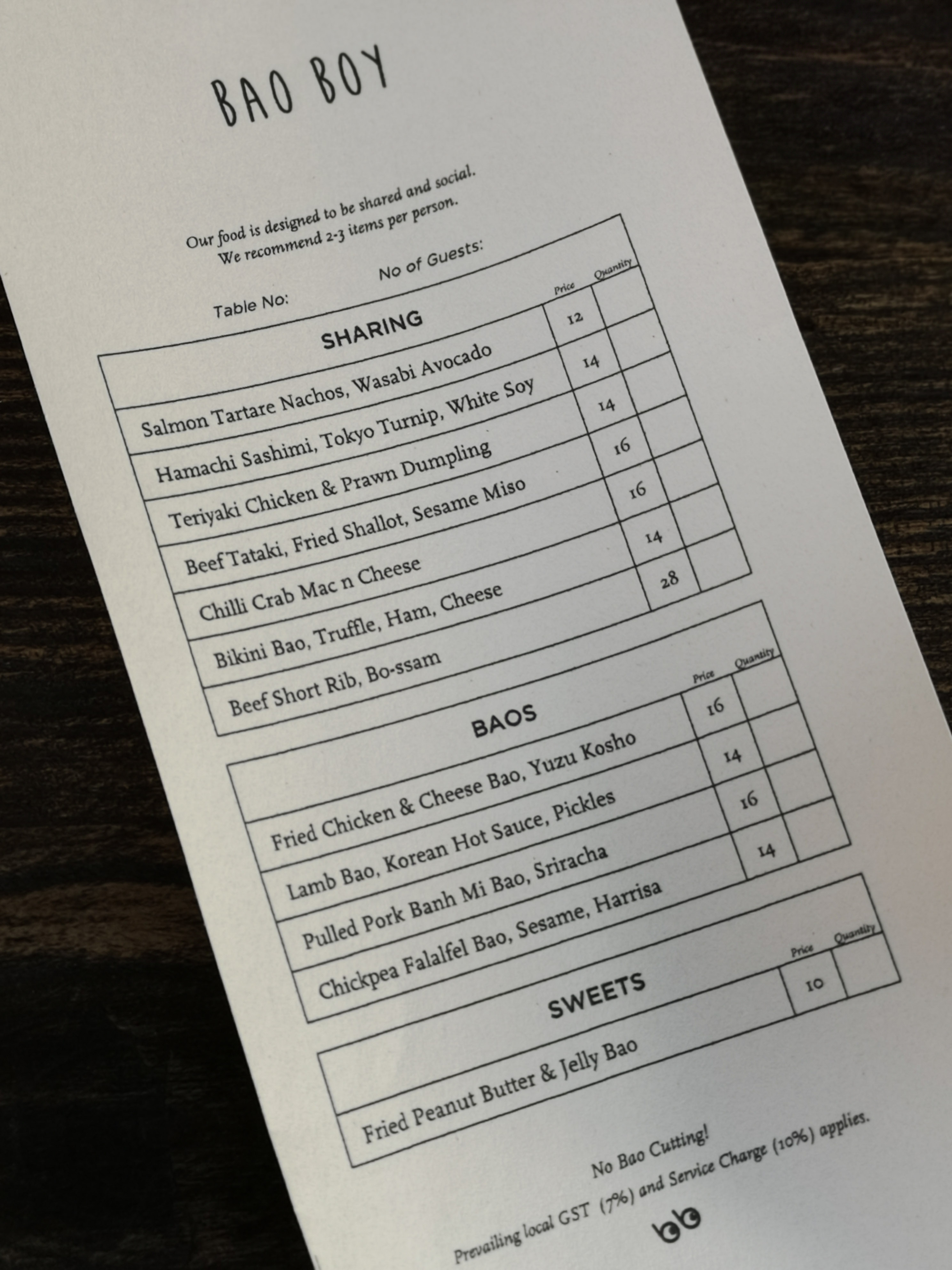 Taking over the former shop space of now-defunct Bottega and Teepee Bar & Restaurant, Bao Boy is a concept by the folks behind Butcher Boy along Keong Saik Road, which is in turn opens by Chef Andrew Walsh of CURE also located at Keong Saik Road. Retaining much of the layout that had been used for the shop space ever since it’s days as Bottega, Bao Boy is decked in a rather dim and industrial design theme; most of its seatings are also located outdoors, with the indoor seats mainly being counter seats by the wall or by the counter. Being an extension of Butcher Boy, Bao Boy places its focus more towards the Bao offerings, whilst offering Asian-inspired sharing plates, as well as a Sweet Bao which features peanut butter and jelly on the menu. Beverages seem to revolve largely around alcohol, with quite a good selection of cocktails and wines being available amongst other alcoholic options. 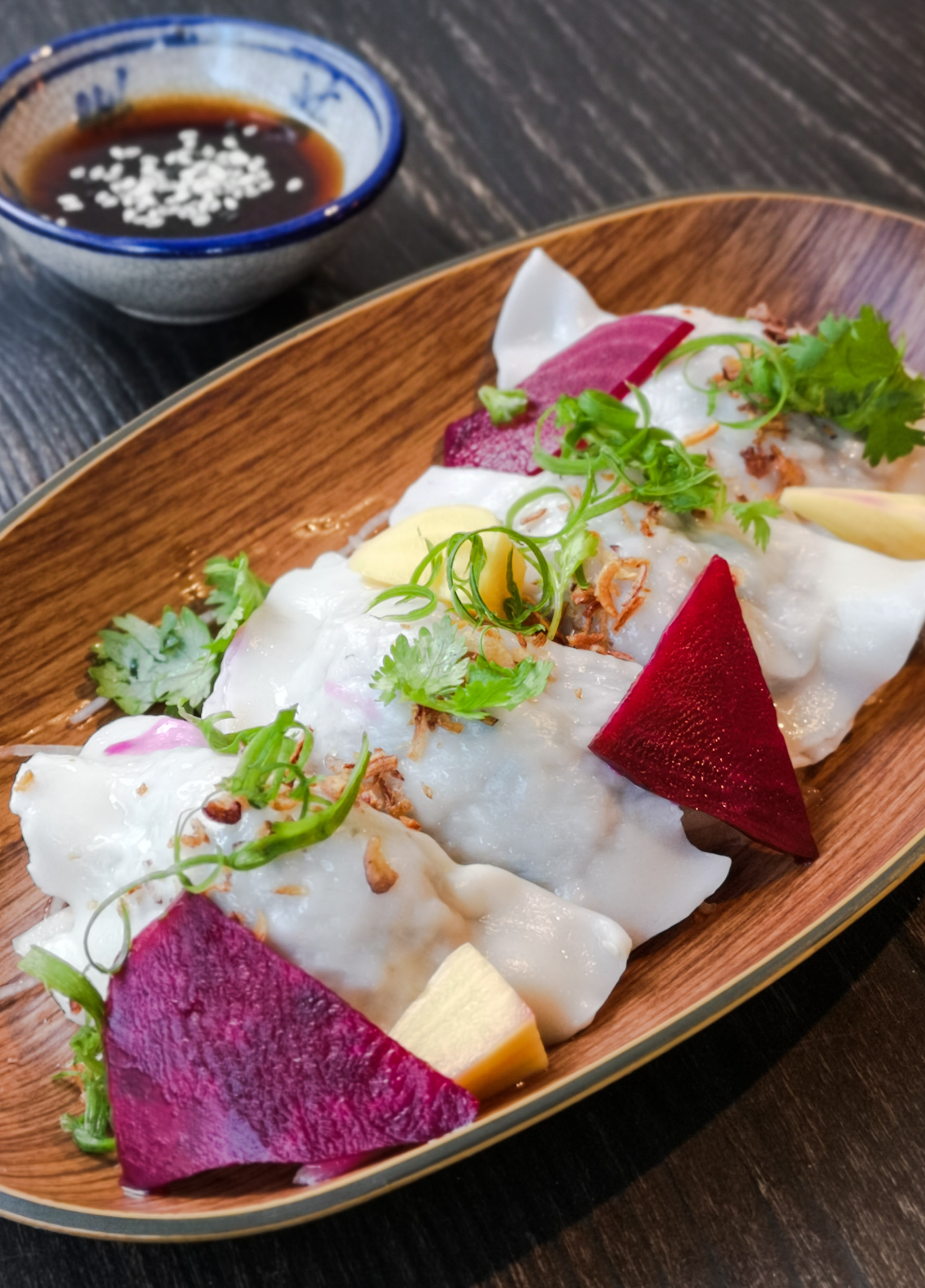 Going for one of the sharing plates on the menu, the Teriyaki Chicken & Prawn Dumpling was an item that caught our attention fairly early on whilst skimming through the menu. Coming in a portion of four, the Teriyaki Chicken & Prawn Dumplings also came with other condiments including a slaw as well as beetroot slices as well. Taking a bite into the dumpling, the dumpling was well-executed; the skin of the dumpling being not too thick nor too thin, whilst being silken and smooth. Within the delicate skin, each dumpling comes well-packed with a good portion of meat and prawn filling; the Teriyaki Chicken carrying a meaty bite, whilst the prawns, though texturally undetectable, provided a good hint of sweetness that cuts through the meatiness of the filling. The attention to detail does not stop there; the slaw beneath the dumplings also provided a soft crunch — pretty refreshing and made more so especially considering the infusion of Yuzu which provided a light zing to refresh the taste buds. 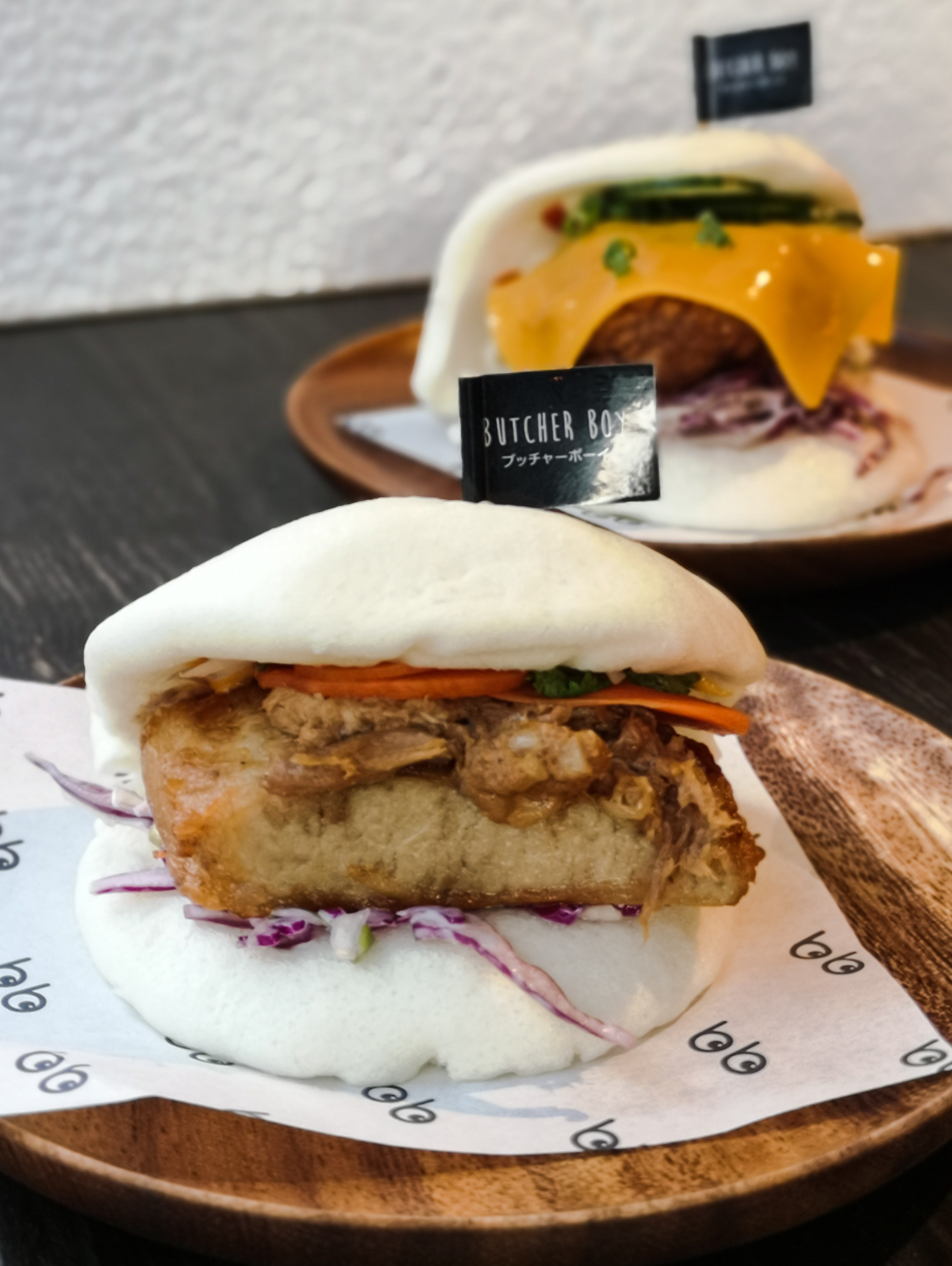 Giving most of the Baos a try, the Fried Chicken and Cheese Bao, Yuzu Kosho was an item we found to be pretty much a crowd pleaser on its own; the buns were pretty fluffy and light without being too wet nor moist, while the fried chicken was crisp on the exterior, yet juicy and tender within without being particularly greasy. Served with a slice of cheese over the fried chicken, the cheese adds a mild cheesiness for a slight flavorful contrast, while the other elements such as the cucumber were seemingly added just for crunch; pretty much matching the purple slaw beneath the slab of fried chicken. Whilst a spicy sauce (Sriracha) is added for a slight kick, the Bao also comes with Yuzu Kosho supposedly for a zingy, spicy kick which would have been pretty interesting overall. 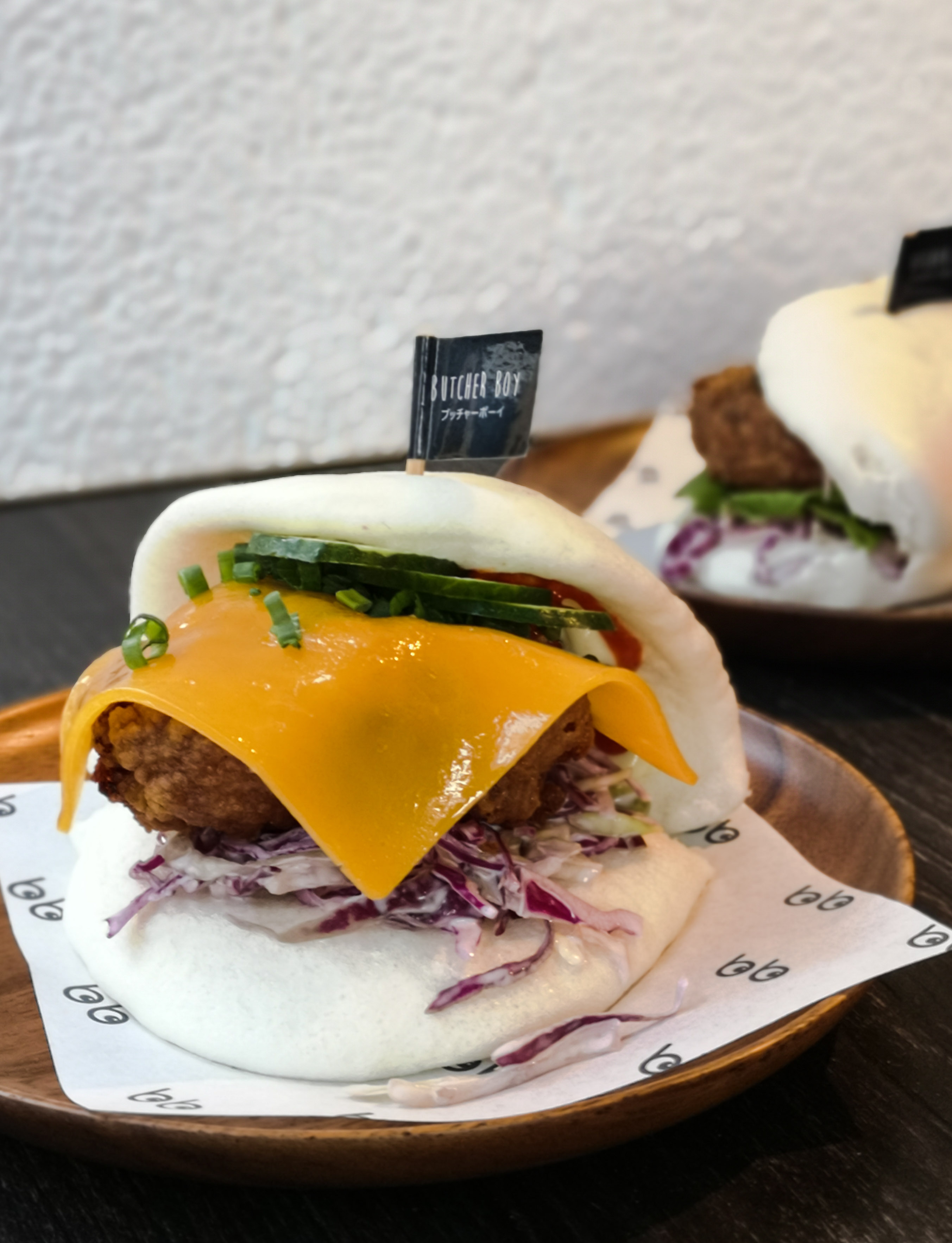 We also tried the Pulled Pork Banh Mi Bao, Sriracha. Served in a presentation similar to that of the Fried Chicken and Cheese Bao, Yuzu Kosho, the Pulled Pork Banh Mi Bao felt like an item which would appeal to those who prefer a meatier package, as well as Kong Bak Bao lovers. Whilst pulled pork is being mentioned in its namesake, the star of the dish was undoubtedly the pork belly stuffed in between the pulled pork as well as the slaws beneath and over it. A pretty fatty yet tender slab of pork belly, the pork belly carried a meaty bite without carrying much of a porky stench; well complimented with the pulled pork which provided yet another dimension of flavors for the Bao given the different preparation methods for the pork belly and the pulled pork itself. Sriracha mayonnaise is added for a spicy kick, whilst also carrying a creamier texture that attempts to bind the meats with the other elements together. Much like a typical Banh Mi, the Pulled Pork Banh Mi Bao also comes with the usual pickles; all of which helps to create a juicy crunch which matched well with the purple slaw used to cut through all that meatiness for the Bao. 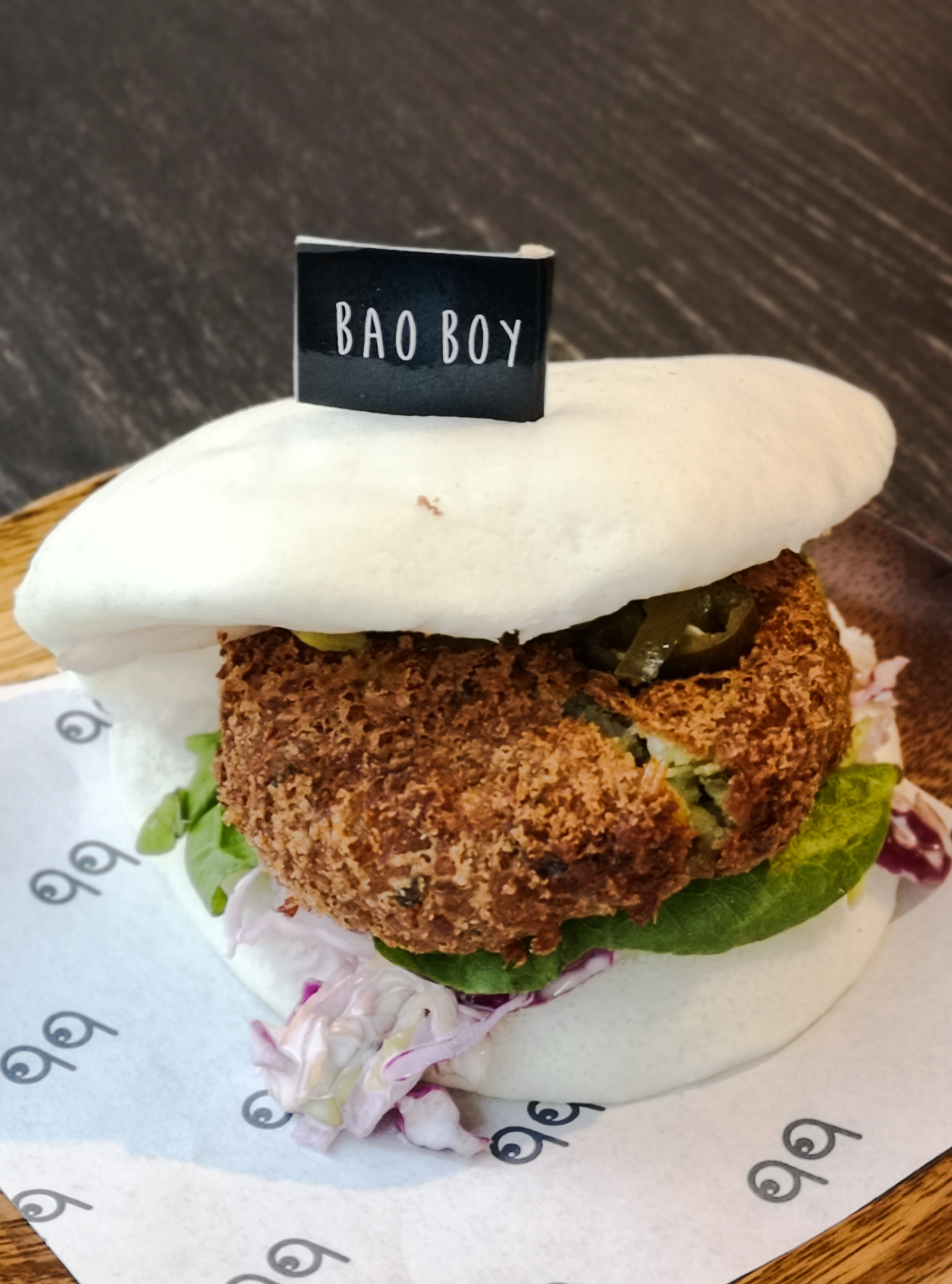 Offering also the Chickpea Falafel Bao, Sesame, Harissa, it is an interesting non-meat option on the menu here. Again coming with pretty much the same spicy sauce that came with the Fried Chicken and Cheese Bao and the same purple slaw which seems to be much of a standard affair here, the Chickpea Falafel Bao was pretty enjoyable despite being a meatless Bao; the Chickpea Falafel patty was well-packed whilst the filling was also not too mushy — all coming within a crisp batter on the exterior that is not particularly crispy. Whilst the flavour profile of the Bao was simpler than the other two, it is still a pretty well-executed and well-put-together creation that seems to provide a fresh new perspective to a rather Asian creation. 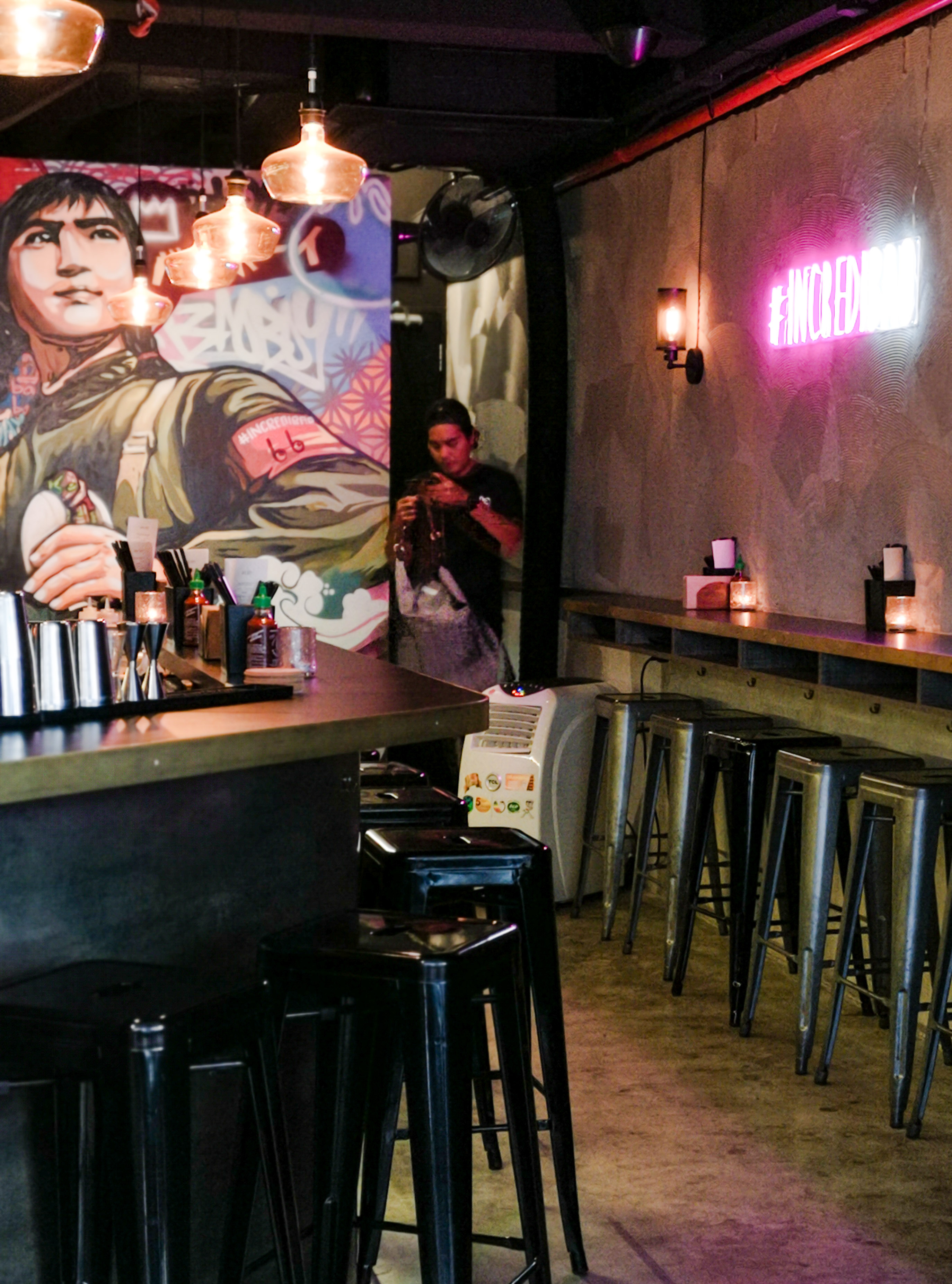 Considering how Bao Boy is an establishment run by the same folks behind established names in the dining scene such as CURE and Butcher Boy, we did carry some expectations whilst making our visit to Bao Boy. Having tried a variety of items on the menu, we felt the items at Bao Boy are pretty well-designed and well-executed; despite the use of similar components throughout the various Baos that they have to offer, the Baos were pretty palatable with the basics being well sorted out. Flavours are much on the safer side of things here; nothing overly experimental that catches the tastebuds off guard — pretty much a great mix of fusion that works well. Given its set up, Bao Boy is a spot which would work well as a casual after-work hangout; one which seems to be more accessible and less formal than the upscale restaurants and bars situated around it — a great place to hang out over some bar bites and small eats with some cocktails at the table without having to purposely dress up for the occasion.