Having taken over the space left vacant by EN Bar, Fine Dining Bakery by Akira M. had opened its doors silently at UE Square a couple of months ago. 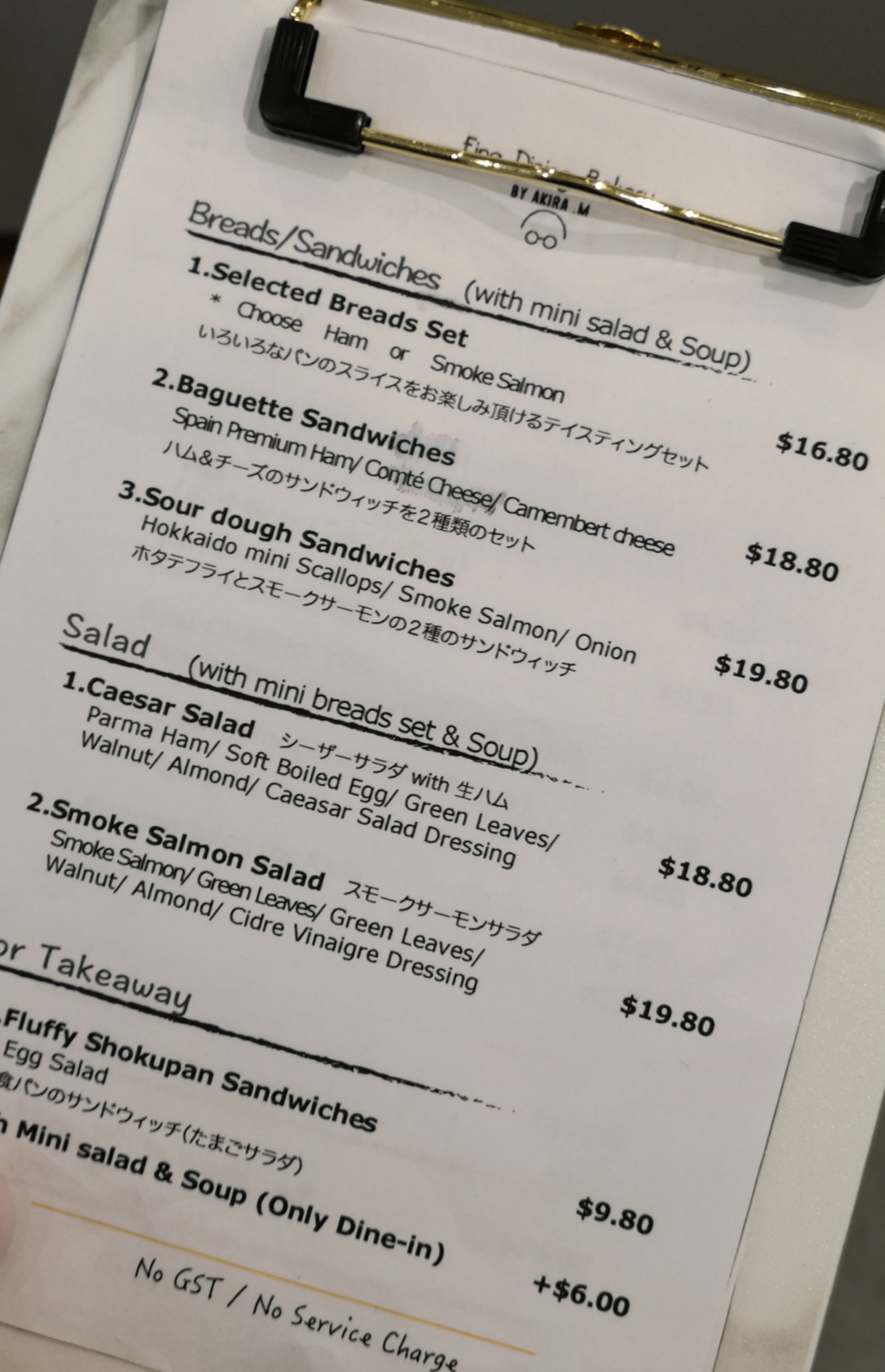 On first look, the shop’s name may come across a tad cliche, especially for those who are not aware of the background of the chef or the food scene in general; opened by Chef Akira M., the chef had his background from Restaurant Joel Robuchon before the opening his own bakery. Decked rather simplistically, the interior is undoubtedly simple and minimal in typical Japanese style; white walls, cushioned seating, grey tables, and furnishings with rattan accents, the bakery is certainly nothing pretentious in terms of aesthetics, though a little haphazard considering the piling of furniture at one corner of the shop. From the outside, the bakery attempts to lure patrons with its neat placement of Pain Au Chocolat on the rack deliberately placed beside the window facing the exterior, while the display cabinet at the counter would carry the selection of bread available for the day. For patrons who are intending to have a meal in the cafe, the menu also offers other items such as sandwiches and salads as well, whilst also offering a small list of beverages ranging from coffee and tea to sodas and even alcoholic options such as beer and wine. 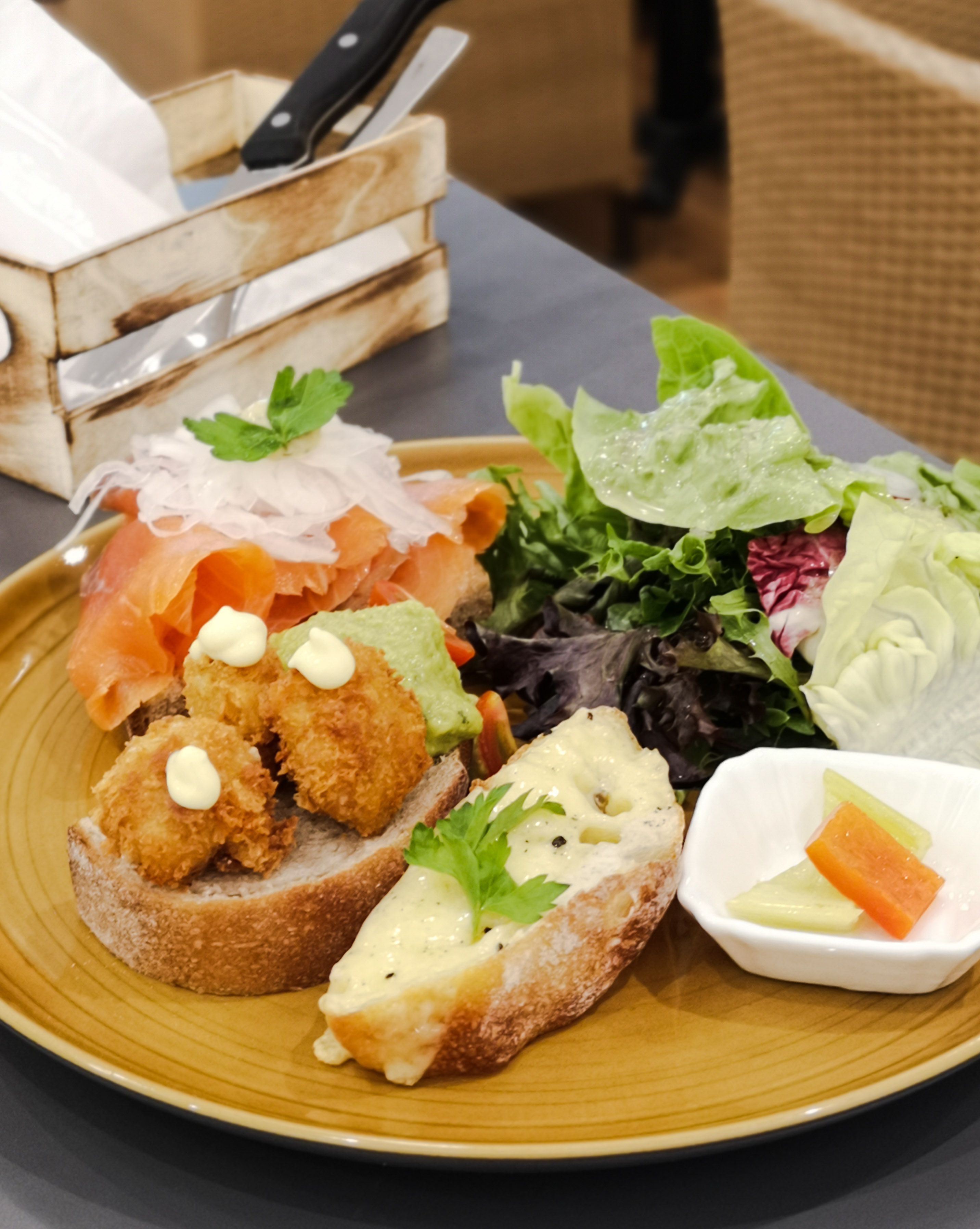 Going for something substantial, we went for the Sour Dough Sandwiches; the set comes with mini salad accompanying the sandwiches, as well as a bowl of soup on the side (not pictured). Baked fresh daily just liked the other variety of bread that they have to offer, the Sour Dough Sandwiches are served in three separate slices; one topped with smoked salmon, the other with Hokkaido mini scallops, and the remaining one with cheese and caramelized onion. Amongst the three, the cheese and caramalised onions come toasted, while the other two features the elements sitting atop sliced bread straight from the loaf. Digging into the slice with cheese and caramalised onions first, we noticed how the bread was dense, yet carrying a pretty firm bite with a crusty exterior which requires quite a bit of chew, though not overly tough; a texture that we very much enjoyed. It is also noted that the sourdough does carry a very slight tinge of sourness in the middle, but otherwise pretty wheaty in general; quite unlike the full-on fermented variant that The Bakery by Woodlands Sourdough used to serve that may be a little too strong to some. The cheese was stringy and stretchy; the savouriness matching well with the sweetness coming off from the caramelized onions. Moving on to the slice with topped with Hokkaido mini scallops, the mini scallops were breaded with panko crumbs and fried to achieve that golden brown exterior that is light and crisp. Well-executed, the scallops still retained much of its juiciness and succulent texture, while a dollop of Kewpie-esque mayonnaise helps to balance off the briny notes. The toast also comes smeared with guacamole on the other end; fresh, smooth, and buttery; a great accompaniment to the dense but fluffy sourdough that carries a wheaty flavour profile without being overwhelmingly sour from the fermentation process. Featuring the very same slice of sourdough served with the Hokkaido mini scallops, the smoked salmon is the crowd pleaser; a generous portion of smoked salmon provides that saltish, briny flavour, topped with onions that helps to create a refreshing zing while a small drizzle of tartar sauce helps to bind both elements with a creamy texture. The pickled greens such as the celery help to cleanse the palate in between the different toppings, while the greens were well-dressed and were pretty refreshing to have. 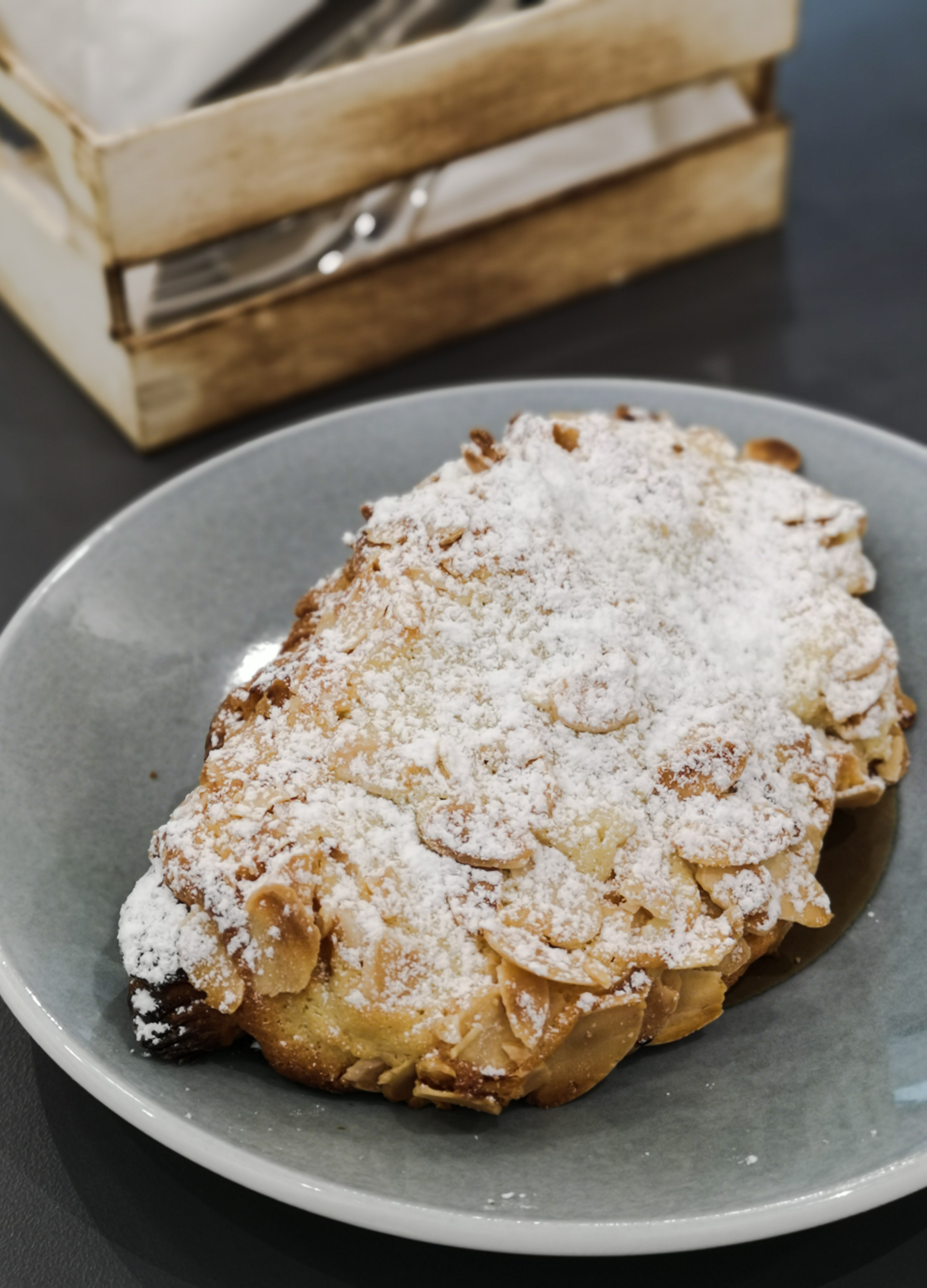 Skimming through the offerings that they have on at the display cabinet, we went for the Almond Croissant. Whilst not being our usual croissant of choice, the Almond Croissant is perhaps one of the better ones we have had thus far; most almond croissants usually come with a frangipane exterior that pretty much overwhelms the buttery notes and flaky texture of the pastry itself, but this was the best of both worlds. Not only did the Almond Croissant managed to carry a rather balanced sweetness and a nutty flavour throughout, but the pastry itself was also buttery, flaky and layered within; absolutely delicious and something we would very certainly go for in a heartbeat again. 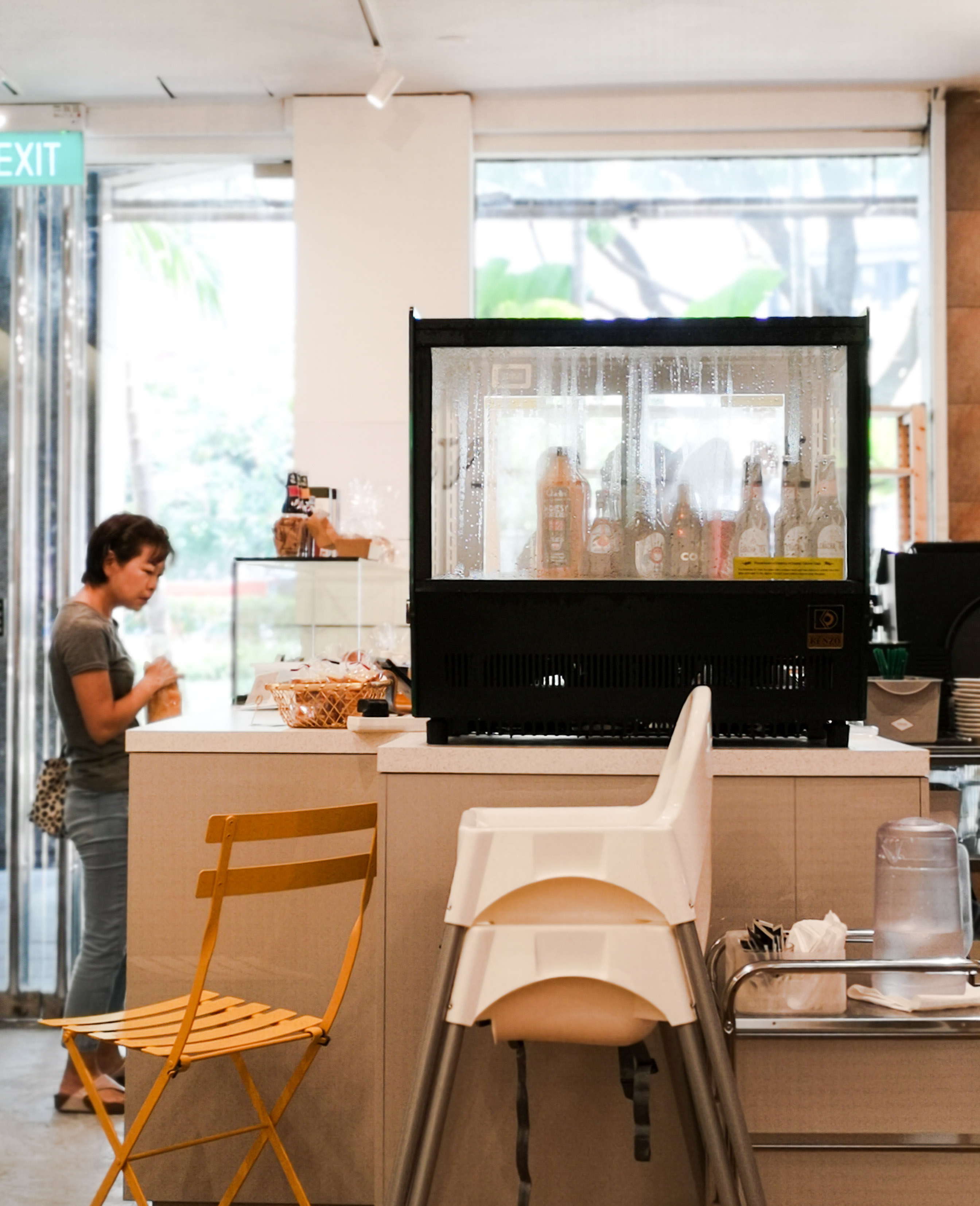 Throughout our visit to Fine Dining Bakery by Akira M., we noticed that the space is mostly occupied with Japanese expats, with a couple of locals who were doing walk-ins to takeaway loaves of bread. No doubt the prices are slightly steep for sandwiches, but the sandwiches are perhaps their way of showcasing their stellar bakes for those who are just looking for a comforting brunch in the area; perhaps sit-in to dine, and bring home a loaf after the meal. The bread is well-executed and is of great quality; whilst being dense, they do not crumble down messily, yet giving a firm bite and maintained its fluffiness without being extremely overwhelming, all of which being of a consistency that is pretty difficult to attain considering the many elements at play. It is little wonder how Fine Dining Bakery by Akira M. had already become a pretty popular hidden gem within the Robertson Quay/River Valley neighbourhood, with so many regulars that had been coming back for more. While the selection of bread is rather small, we would certainly see ourselves coming back in the future; indeed, the limited dine-in space is not exactly the most soothing with the best vibe, but we are definitely looking for an opportunity to try their regular Croissant or the Pain Au Chocolat at least. We wish the folks behind Fine Dining Bakery by Akira M. all the best in what has to come, and we would certainly be back sometime soon!