With the countless F&B establishments opening every month, it is still rare to come across places like Chuan Ji Bakery Hainanese Delicacies — a spot that places an emphasis on heritage whilst most other places are simply hipster cafes and bars or fine dining establishments of the late. 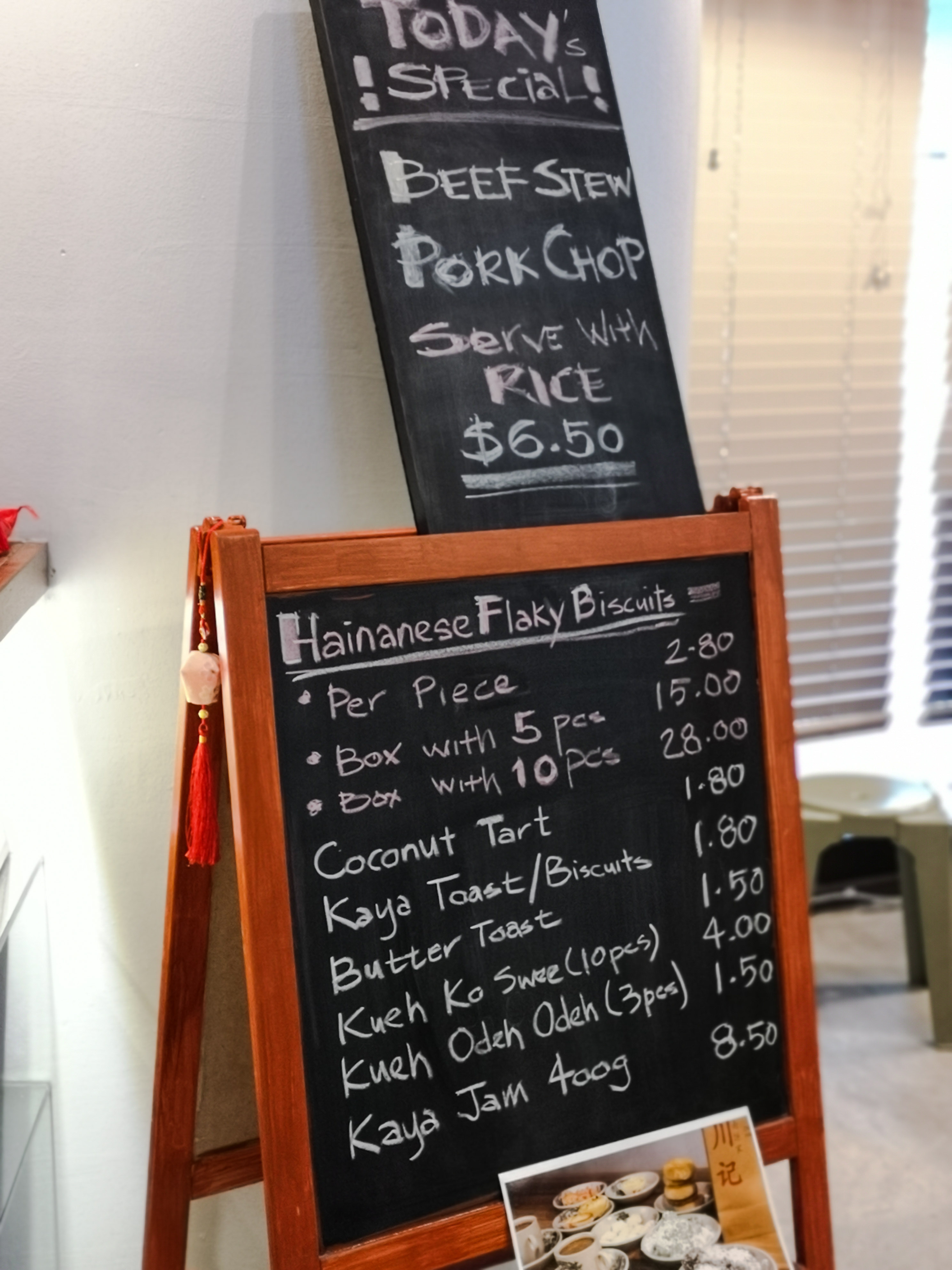 Despite its prominent location along the main road, MacPherson Mall is probably a building that very few would actually walk into. Having opened a couple of years ago, the occupancy rate for the building is still relatively low with many empty shop spaces and spaces closed behind shutters within the mall. This makes Chuan Ji Bakery Hainanese Delicacies seem like a hidden gem within the mall. Tucked in the far end of the first level, Chuan Ji Hainanese Delicacies is hidden from view; only noticeable if one venture deeper into the quiet mall or actually accesses the mall via the side door entrance that links to Hotel IBIS’ lobby. Decked with an interior that evokes nostalgia, the shop space does carry a vibe of the good ol’ days; albeit curated given the neat placement and relatively modern look of the furnishings, but still pretty retro. Opened only on weekdays and Saturdays, Chuan Ji Bakery Hainanese Delicacies is only open during limited hours on Saturdays; perhaps to cater to the lunch-time and tea-time crowd. Menu offerings are also relatively limited, offering just a few Hainanese-inspired mains, Chuan Ji Bakery Hanainese Delicacies also serves up Kueh-Kueh and other small bites, including a signature Hainanese Flaky Biscuit. Patrons can choose between a variety of hot and iced beverage options for those who must pair their food with drinks. 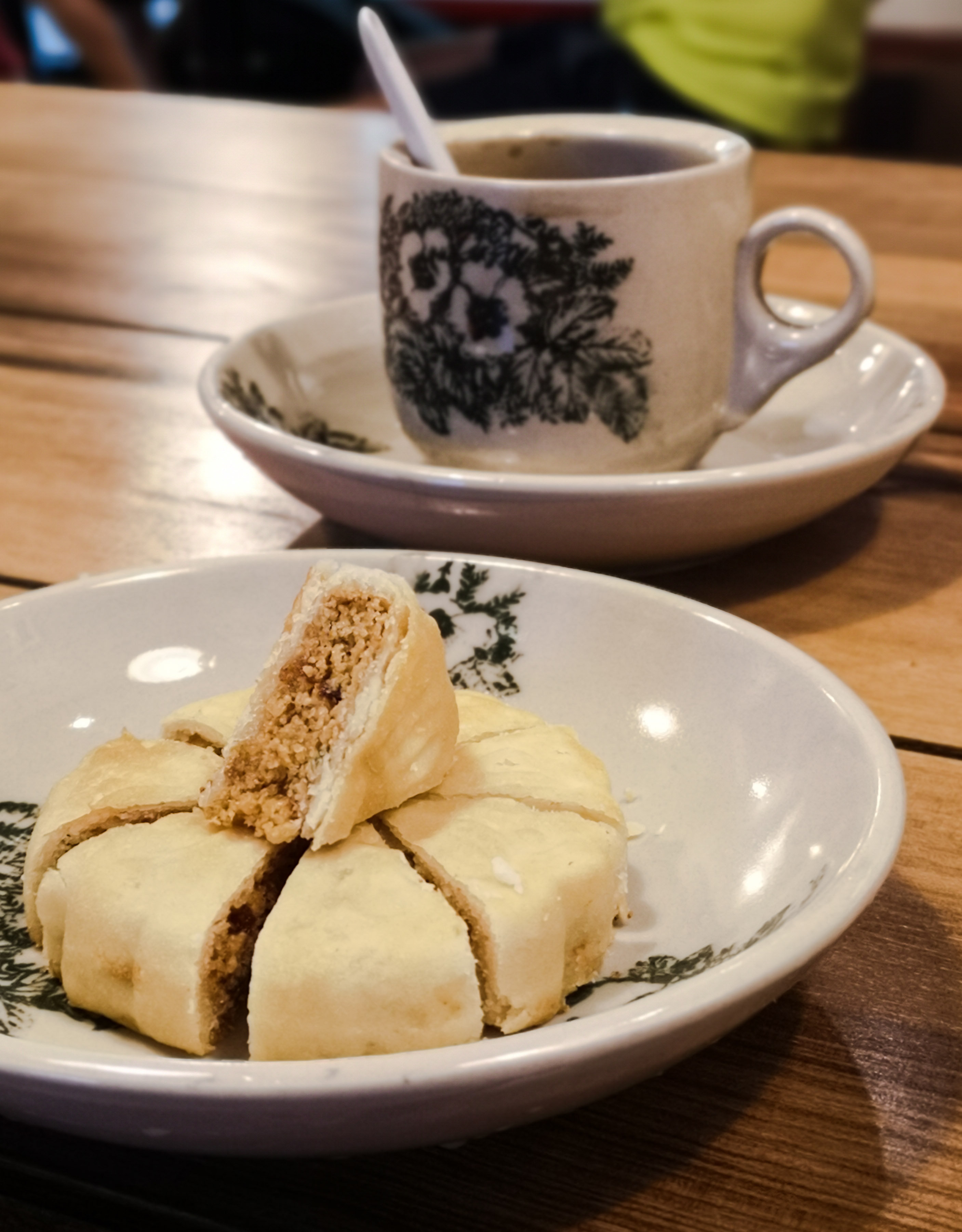 Being known for their Hainanese Flaky Biscuits, we had to order one to have a try. Essentially a round-shaped flaky pastry that encases a filling inside, the biscuit was light and flaky on the exterior, while the fillings within tasted almost similar to the salted version of Tau Sar Piah with a hint of five spice powder (?) for a slight umami flavour. The pastry also crumbles pretty neatly as well, making the biscuit relatively easy to eat without causing a mess at the table. Whilst this was our very first time having Hainanese Flaky Biscuits, the consistency of the texture of fillings and the pastry was enough to convince us that this is a pretty well-made rendition of the Hainanese Flaky Biscuit. 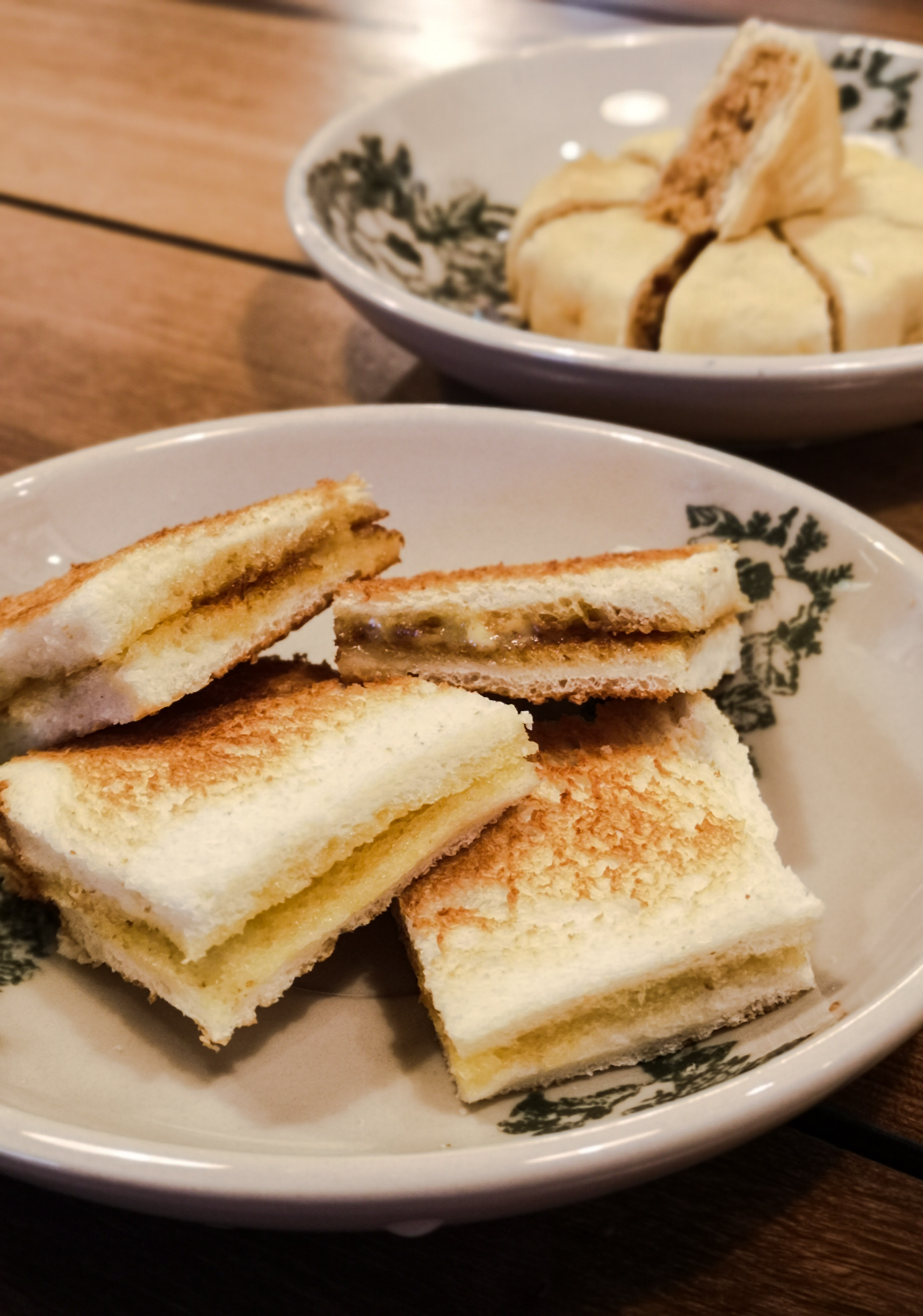 It is hard not to miss the Kaya Butter Toast at any Hainanese establishment, considering how Hainanese Kaya is part of their culinary culture. Coming in a smaller portion than usual, the Kaya Butter Toast is being cut in squares for easier eating and works as a light snack as well. The thickness of the bread does remind us about jaffles; the bread alone being lightly crisp on the exterior whilst being spread with Kaya and coming with squares of butter in between. The variant here comes heavier on butter, with the squares of toast carrying a distinct savoury note from the butter while the sweetness of the kaya lingers at the back. 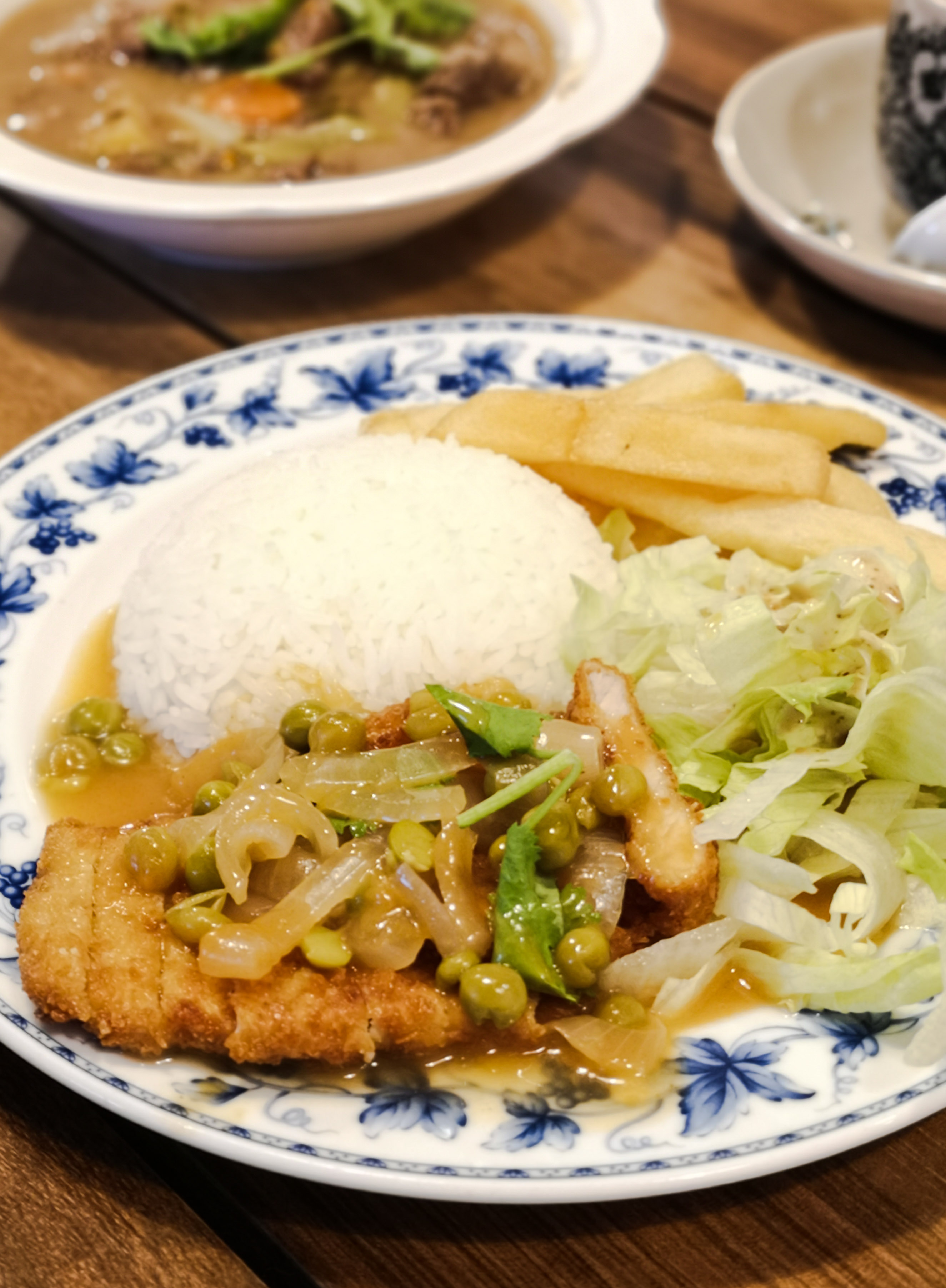 Giving their mains a try, the Pork Chop with Rice was an item that we were looking forward to having, considering how the Hainanese pork chop had largely become extinct in the local food scene over the past couple of years less the few places that are still serving it (e.g. Yet Con and Prince Coffee House). The most iconic part of the classic Hainanese pork chop would be the sauce; a starchy and thick tomato-esque sauce that carries a hint of savoury flavour alongside the refreshing zestiness of the tomato that also comes with caramelised onions, peas, corn and carrots, drenched above the pork chop — the version served at Chuan Ji Hainanese Delicacies was exactly that. The Pork Chop is coated with a golden brown batter; most probably featuring biscuit crumbs rather than panko crumbs given the light crispness of the batter, while the meat within was juicy and tender without requiring much effort to chew. The variant here comes with both rice and fries, providing patrons with the best of both worlds though the fries are the thick-cut version that was a tad limp and underseasoned; the Pork Chop also comes with garden greens on the side that is dressed with Goma dressing, providing a good break from the meats and carbs in this dish. A pretty well-executed version that brings back a sense of nostalgia through a dish that is seemingly hard to find these days. 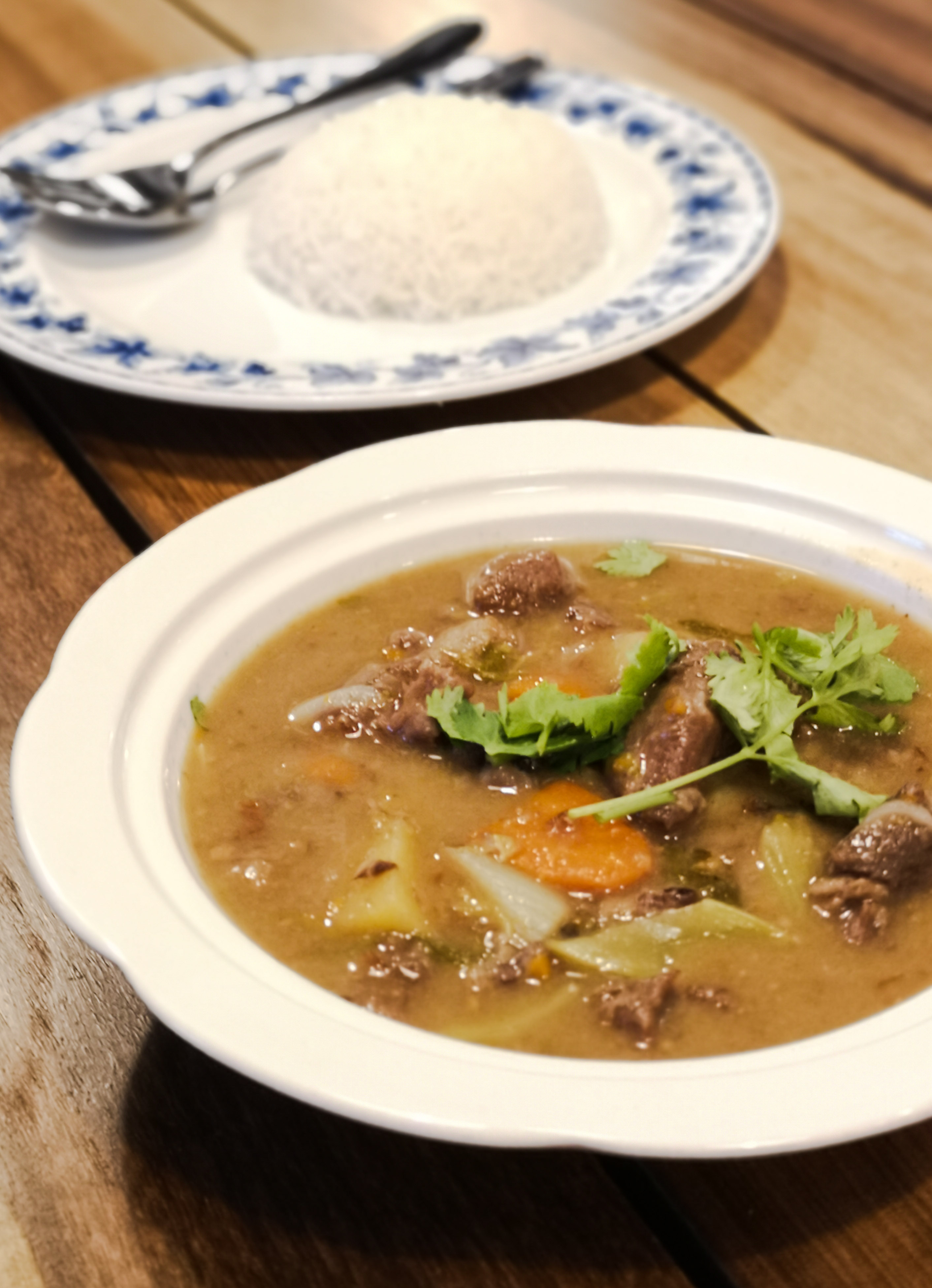 We also ordered the Beef Stew, which also comes with rice on the side. This is pretty much our very first time having this dish, and the one served here is pretty comforting and hearty. The stew comes with a good portion of goodies, such as chunks of potato, well-sized chunks of beef with other ingredients like greens and carrots. The starchiness of the beef stew makes it great to be paired with rice on the side; its flavour being rich and punchy from the many ingredients used in its preparation process such as the root vegetables and the beef. It carries a slightly gamey flavour; perhaps not so acceptable for those who are afraid of gamey beef, though it is at a level that is necessary for this dish to provide its warm and fuzzy vibe that it is intended to carry even in the classic version of the dish. The root vegetables are cooked till soft, while the chunks of beef are also easy to chew and tender — yet another dish that gives a sense of nostalgia into the Hainanese food culture.

Being tempted to give their Kueh-Kueh a try, we went for the Kueh Oneh Oneh. Coming in a portion of three, the Kueh Oneh Oneh is unlike those supplied from factories around that are mass-produced. Sinking our teeth into the Oneh Oneh, one would notice how the Oneh Oneh is soft and chewy, yet does not stick to the teeth as it disintegrates cleanly with every bite; the desiccated coconut over the top also being fresh as well. Within, the Oneh Oneh comes encases with a surprise Gula Melaka centre which bursts as one bite through it; the Gula Melaka being rich with a deep sweetness without being overly so. Yet another item that created a strong impression here; an item I would definitely look forward to having again given how well-executed it was. 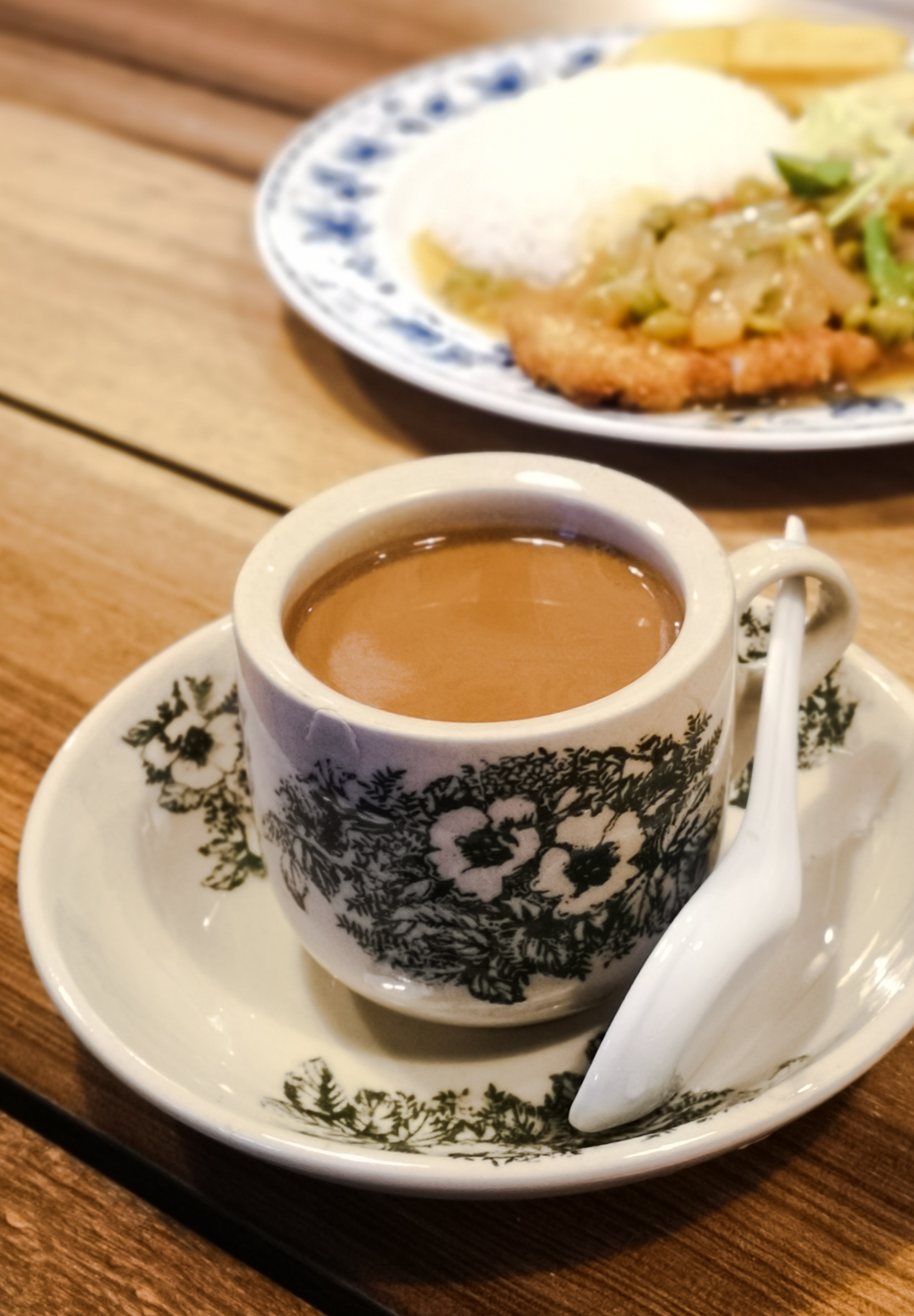 Pairing our food with a cup of Kopi, the Kopi is pretty well-balanced carrying a roasty aroma with a hint of sweetness from the condensed milk that was just right; a great accompaniment to the traditional Hainanese delights that we have had ordered. 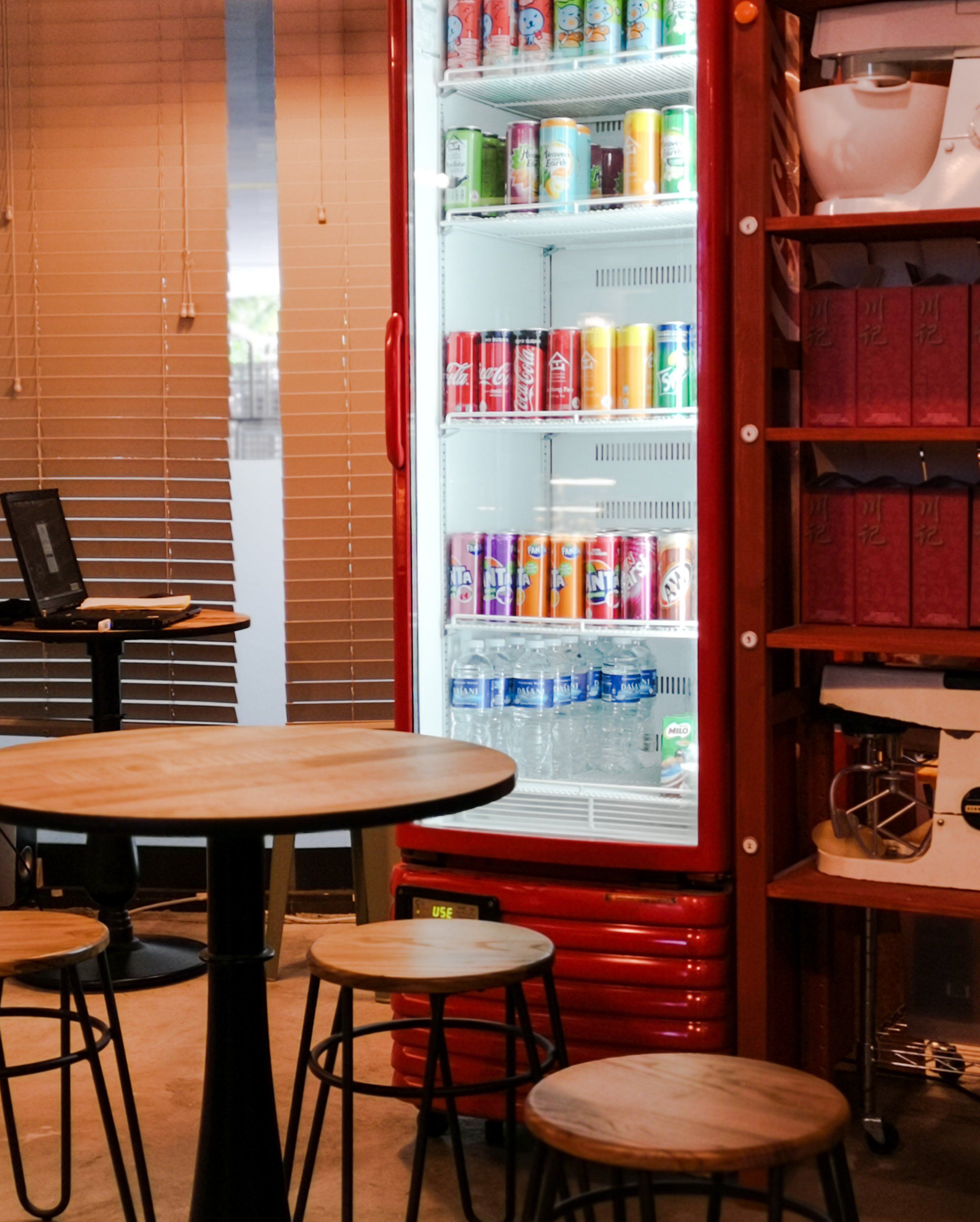